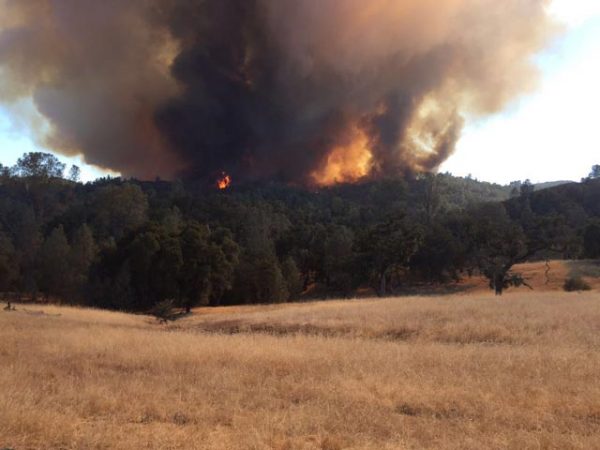 Firefighters responded Saturday to a wildfire near Running Deer and Chimney Rock Road north-west of Paso Robles near Lake Nacimiento.

The fire was first reported at around 4 p.m. Saturday afternoon. Cal Fire reports the fire had spread to 800 acres by 8:30 p.m Saturday night. Over 100 firefighters are on the scene.

Approximately 135 residences have been evacuated, according to the San Luis Obispo County Sheriff’s Department. The Red Cross has set up an evacuation center at Flamson Middle School at 24th Street and Spring Street in Paso robles.

Crews are performing initial attack on the fire. Firefighters are working in high heat with low humidity making the difficult to fight the fire. The fire continues to be pushed with a moderate South West wind and is creating spot fires out in front of the main fire. The vegetation is largely grass and drought stressed oak woodland making the vegetation very susceptible to fire. The fire started southwest of Lake Nacimiento in the community of Running Deer Ranch and firefighting efforts are ongoing off Gage Irving Rd. Large air tankers are on-scene fighting the fire. Residents are currently sheltered in place. Cal Fire San Luis Obispo is activating a local type III incident management team. The incident management team is an interagency, multi discipline, all hazard team. 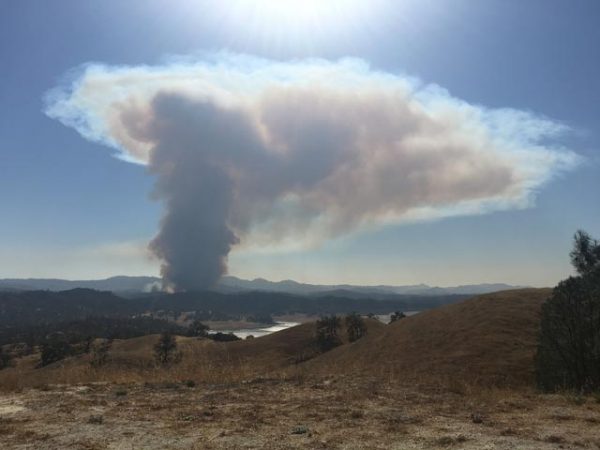 Photo of the Running Deer fire by Marc Coons. 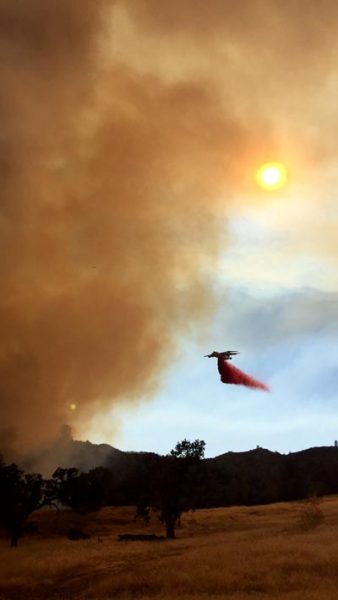