Fire breaks out on Pine Mountain 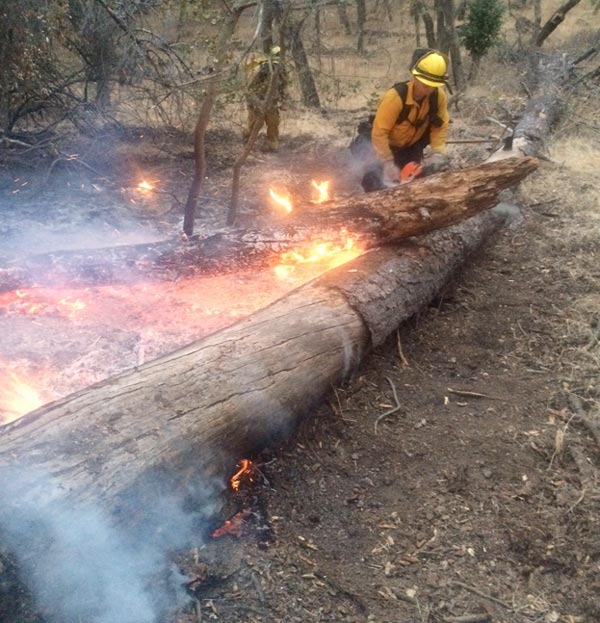 Engineer Zach Jackson with the Atascadero Department of Fire and Emergency Services uses a chain saw to cut away portions of the dead tree to extinguish the fire.

The Atascadero Fire Department doused a vegetation fire Wednesday evening. The fire was reported at 6:47 p.m. on Pine Mountain in the 6000 block of Sycamore Road near a well-used walking and mountain bike trail.

It took firefighters 20 minutes to contain the fire and an additional two hours to extinguish and mop up burning trees.

First arriving firefighters found a 20-by-50-foot area of grass and two large fallen trees burning. The fire was burning mid-slope on Pine Mountain. Engines were positioned at the top of Serena Court and on Atascadero Cemetery Property to gain access to the fire which was in area near walking and mountain bike trails.

Fire was difficult to locate during the initial dispatch and air attack had to direct responding engines into the scene.

There were no injuries or property damage reported. The cause of the fire is undetermined and suspicious, according to Atascadero Fire Captain Bill White.