Home under construction goes up in flames 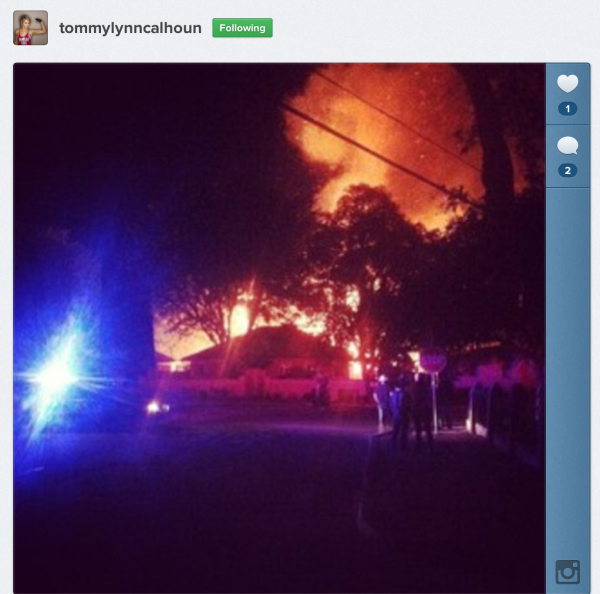 Photo of fire at 612 Olive Street taken by eyewitness and posted to Instagram. 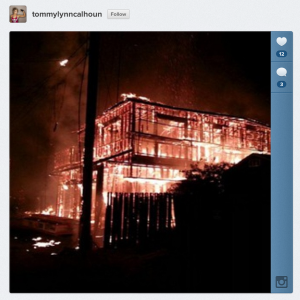 Early this morning at 12:13 AM, two companies of Paso Robles firefighters and a battalion chief responded to a residential structure fire at 612 Olive Street in Paso Robles.

Firefighters arriving at scene found a two story residence under construction fully involved in fire. The fire building was located directly behind an existing residence at 612 Olive Street and was rapidly extending into neighboring residences in all directions. Firefighters quickly deployed large fire attack lines on the main body of fire while simultaneously initiating aggressive interior fire attack operations on the home at 612 Olive Street. Fire attack efforts were hindered by live power lines down near the fire.

The fire was declared contained at 1:16 AM and under control at 2:00 AM. The two story home under construction was a total loss and the residence at 612 Olive Street suffered significant fire damage. Several other adjoining properties were damaged from the radiant heat generated by the fire.

Witnesses reported what looked like an explosion in Paso Robles because of the huge plume of smoke and flames that appeared to be a fireball from Spring Street.

Fortunately no community members were injured or displaced by the fire. There were no firefighter injuries. The cause of the fire is currently under investigation by Department of Emergency Services fire investigators. 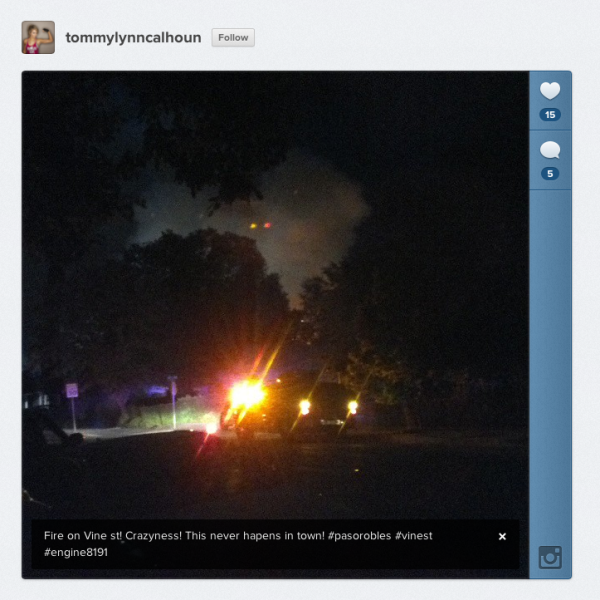