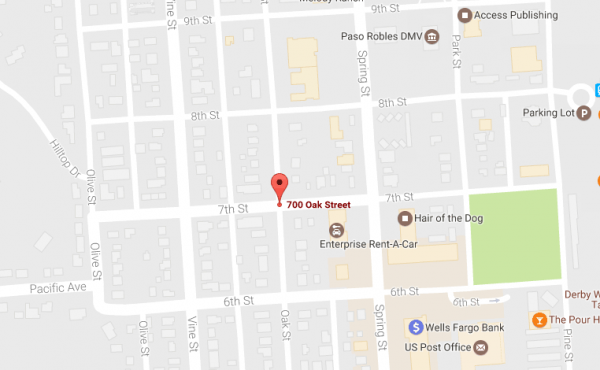 Preliminary cause of fire appears to be an electrical problem

–On Thursday, at 5:41 a.m., the Paso Robles Fire Department responded to a reported structure fire in a detached garage in the 700 block of Oak Street in Paso Robles.

Firefighters arrived at scene in less than four minutes after dispatch and found a single car detached garage with smoke and flames visible from the street. Firefighters were able to force the garage door and contain the fire in 11 minutes.

No firefighters or civilians were injured and the primary home remained undamaged. The preliminary cause of the fire appears to be an electrical problem. A total of (13) firefighters from the Paso Robles Department of Emergency Services, Cal Fire / San Luis Obispo County Fire and Atascadero Fire Departments responded to the fire. Paso Robles Police Department assisted crews with traffic control.