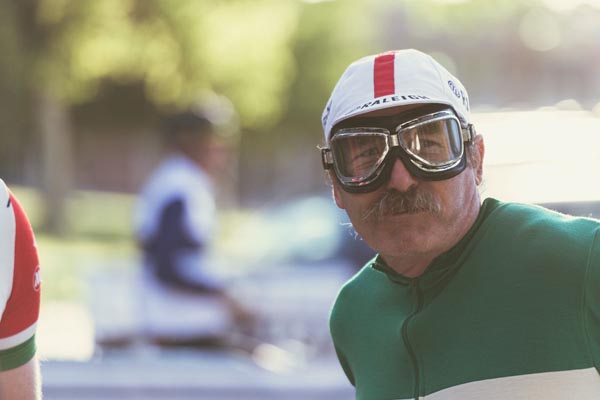 The Eroica vintage bicycle festival commenced this weekend in Paso Robles. Over 500 cyclists participated in the event. “I think that the response was really fabulous,” said Eroica representative Mark Riedy.

Riedy explained that the event this year, the first to be held of it’s kind in California, was a sort of “test run” to see how the event and Paso Robles would mesh. According to Riedy, they accomplished what they had set out to do. “Paso is a great town, the city park is great, and there are wonderful hotels and great restaurants. It was a real success.”

The bikes in all Eroica events must be steel-frame and built before 1987 and have gear shift levers on the down tube of the frame and pedals with toe clips or fitted straps. The spirit of Eroica is not of a competitive race, but of a shared experience. The event was founded in Italy in 1997 to safeguard the heritage of the white roads of Tuscany. The event in Italy continues, but other Eroica events across the world have taken place. 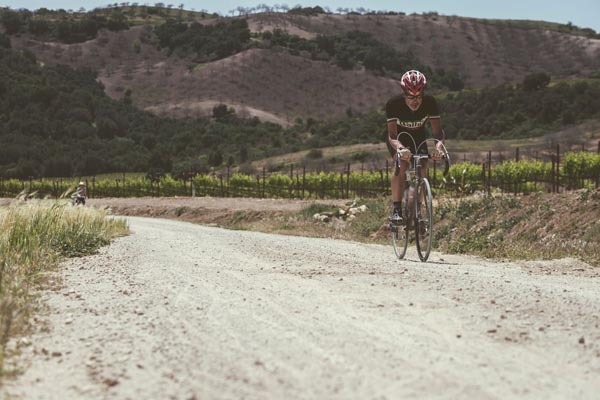 Long course riders started downtown at city park, and then rode around the county in a giant “figure eight,” that started out East towards Cass Winery, and then looped around back under the freeway and headed all the way out to Cambria and Cauycos before coming back to Paso Robles. Photo courtesy Tyler Frasca.

The event will return next year to Paso Robles, and, according to Riedy, will be bigger, grander and feature more of a festival atmosphere in city park. “We want it to be family friendly,” he said, explaining that their hopes for next year include more entertainment and family-friendly activities in the park.

The founder of the event, Giancarlo Brocci, was in attendance, and was very happy with the course, and with their choice to stage the event here in Paso Robles. The Mayor of Gaiole, Italy, Michele Pescini, met with Mayor Steve Martin, and the two declared the cities of Paso Robles and Gaiole “Sister Cities.” 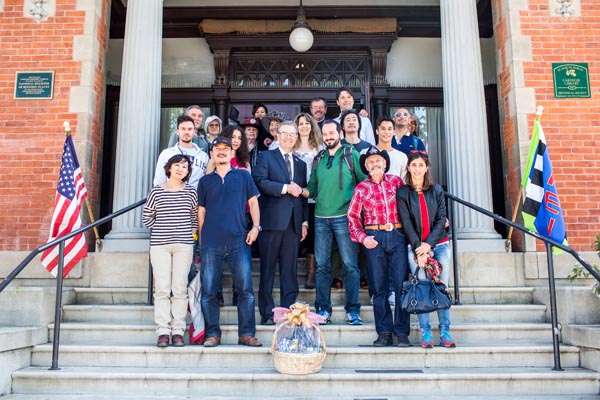 Mayor Steve Martin and the Mayor of Gaiole, Italy, Michele Pescini, and his entourage pose on the steps of the Carnegie Library in downtown Paso Robles. Photo courtesy of Asia Croso.