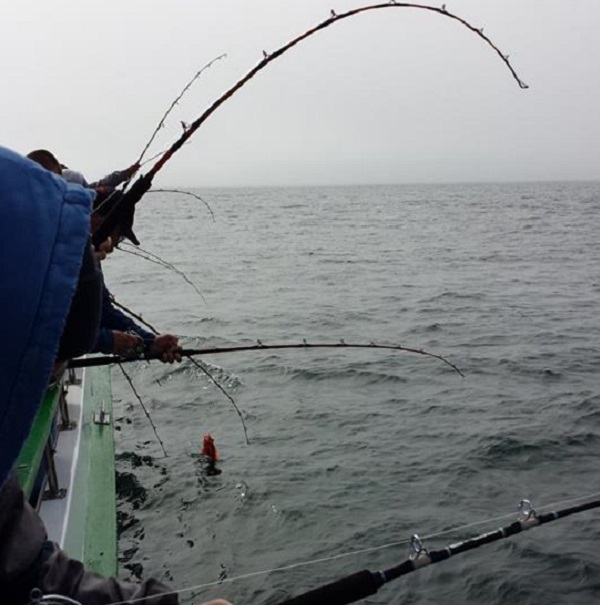 ‘It shouldn’t be called fishing here, it should be called catching,’ says local fisherman

–Fishing season is open and Matthew Fiedler of Paso Robles says “I can honestly say I have never fished as abundant waters than right here on the Central Coast.” Fiedler has lived and fished in Florida, Hawaii, Georgia, and New Jersey. “I can tell you there is not a single bad place to fish in the ocean here,” said Fiedler, “It shouldn’t be called fishing here, it should be called catching.”

California saltwater fishing season opened April 1. Freshwater fishing season is open all year, although there may be some regional or species restrictions. Fishermen can stay informed about season opening and closing dates, fishing regulations and purchase fishing licenses from the California Department of Fish and Wildlife. Saltwater licenses can also be purchased from fishing charter companies, although a license may not be needed for fishing from piers or the beach.

All three public lakes in San Luis Obispo County, Nacimiento, Lopez and Santa Margarita, are open for both boat and shore fishing. Abby Capps at the Lake Nacimiento Resort Marina said “People are catching White Bass, Spotted Bass, Crappie, and Catfish and going home happy.” Ken Hemer from the Santa Margarita Lake marina said, “The bass are good. The Redear Sun Perch are the best we’ve had in a while. We had a 2.99 pounder caught last week, for the lake record catch.” Both Capps and Hemer said boat and shore fishing are very good. Michelle Bright from the Lopez Lake Marina said they recently had two trout plants but has only heard of a few trout being caught. The most plentiful catches for boat and shore fishing are Bass, Panfish, Bluegill and Redear.”

Jim Slusher, owner of Jim’s Pro Bass Tackle in Paso Robles, said as soon as work is done for the day he heads out to Nacimiento Lake as often as he can. Slusher said that kayak fishing is becoming popular for the local area. Slusher sells both saltwater and freshwater fishing gear along with a variety of lures and baits. 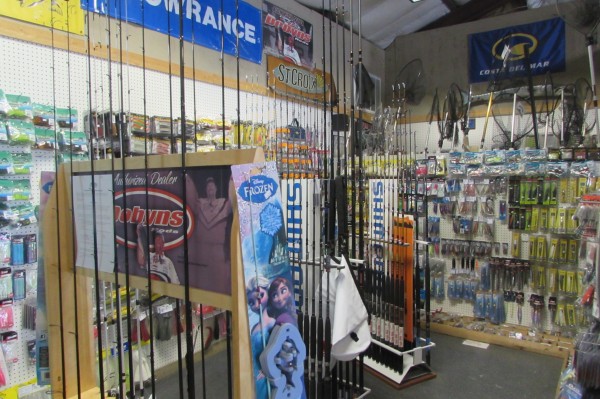 Bruce Harwood, manager of Virg’s Landing in Morro Bay, said “Ling Cod is a good catch so far this season. One of our charters recently caught one that weighed in at 24.5 pounds.” Harwood said that although Salmon fishing has been “iffy for the past three years” the “Albacore catch can be good if you know where they are.” Harwood said there are over 40 different fish species available in the ocean along the Central Coast. 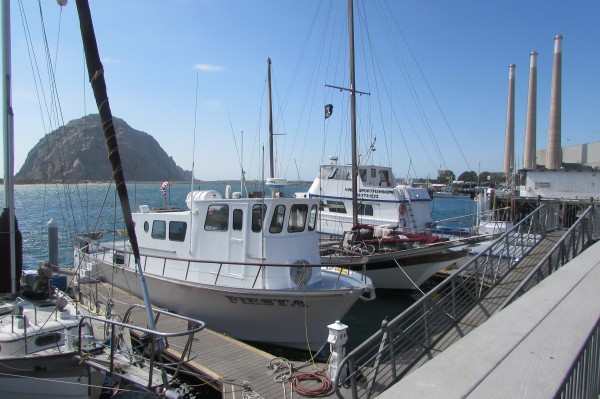 Virg’s Landing operates three boats. The “Fiesta” in the foreground and the “Princess” in the background. The third, “Rita G” is temporarily moored in Ventura.

Virg’s Landing, operating three charter boats out of Morro Bay since 1954, changed hands in 2014. The new owner’s, Denise DeCock and Elizabeth Petrina-DeCock are continuing the tradition of sports fishing, private charters, and whale watching, and the only landing on the Central Coast offering two day fishing trips. “We also feature weekday specials. Senior Day on Monday is half-price for people 65 and older. We have special rates for veterans and active military and half-price for ladies on Wednesdays,” said Harwood.

Every conversation about fishing eventually gets around to the best fish tale; Slusher said one of his favorite fishing stories comes from his youth. “I was shore fishing in the ocean with my uncle and father. We were up to our knees in the water when my dad hooked a big one. Finally pulling it in, Dad remarked that it was the biggest catfish he’d ever seen. My uncle informed us there were no catfish in the ocean. It was shark. My dad walked on the water back to shore.”