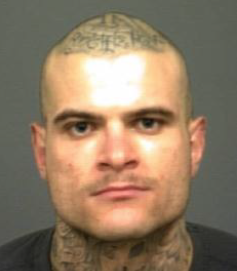 During the investigation of several recent daytime residential burglaries, Paso Robles Police officers located a fingerprint left by a suspect at one of the victim residences. This fingerprint was analyzed and found to have been left at the scene by 21 year old Paso Robles resident Larry Charles Harvey (pictured below).

Harvey was located on March 8, 2013 at 8:15PM in the 3500 block of Spring Street and arrested without incident. He was later booked into the San Luis Obispo County Jail for one count of burglary (felony). 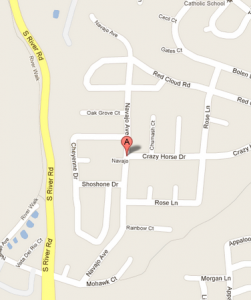 The Paso Robles Police Department is currently investigating a series of daytime residential burglaries which have occurred recently on the east side of the city.

On Wednesday and Thursday, February 27th and 28th, officers investigated five burglaries, which occurred in the 800 block of Red Cloud Road, 500 block of Navajo Avenue, 300 block of Crazy Horse Drive, and 300 block of Oak Grove Court. All of these burglaries occurred during daytime hours, between 6:00AM and 6:00PM.

The unknown suspect(s) are entering these residences by force, after accessing unsecured rear yards. The losses include electronics, cash, and jewelry.

The PRPD reminds residents to lock their homes and vehicles and secure valuables out of sight if possible. Also, report suspicious activity as it is occurring so officers can respond and investigate as needed.