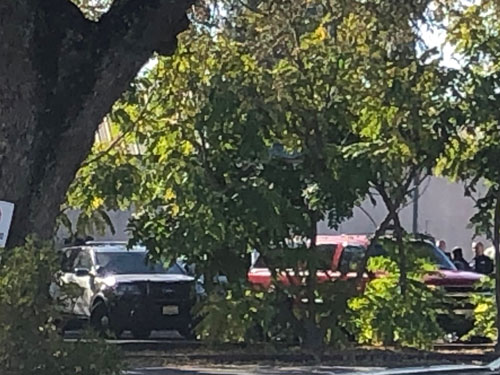 Officers originally stopped a red Suburban being driven by Martinez for a registration violation. Martinez refused to identify himself and would not roll his window down. As a precautionary measure, Flamson Middle School and Georgia Brown Elementary were both placed on lockdown while officers negotiated with Martinez.

Officers spoke with Martinez for close to an hour trying to persuade him to identify himself and exit the vehicle. Due to Martinez’s erratic behavior and his refusal to identify himself, patrol vehicles were placed directly in front and directly behind the Suburban to prevent Martinez from fleeing. Martinez put the Suburban in reverse and officers were forced to break the driver’s side window, to secure the vehicle and take Martinez into custody.