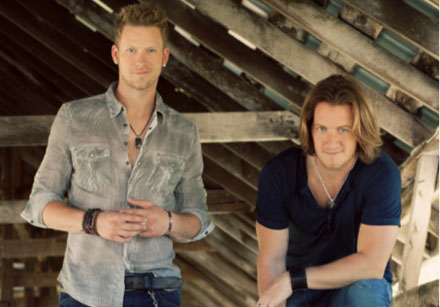 The California Mid-State Fair to announced today Florida Georgia Line has been confirmed to perform in concert on Monday, July 21, 2014 at 7:30 p.m. The concert is part of the annual Bud Light Concert Series and will take place in the Chumash Grandstand Arena at the Paso Robles Event Center.

The electrifying sounds of Florida Georgia Line come from singers/songwriters Tyler Hubbard of Monroe, Ga. and Brian Kelley of Ormond Beach, Fla. Florida Georgia Line burst onto the country music scene with the release of their 2012 multi-platinum single, “Cruise,” which topped music charts and sold more than 6 million units. The song was the duo’s debut single from their freshman album, “Here’s to the Good Times,” which stayed at No. 1 for eight weeks last summer. In addition to “Cruise,” the duo has hit songs, “Get Your Shine On,” “Round Here” and “Stay.”