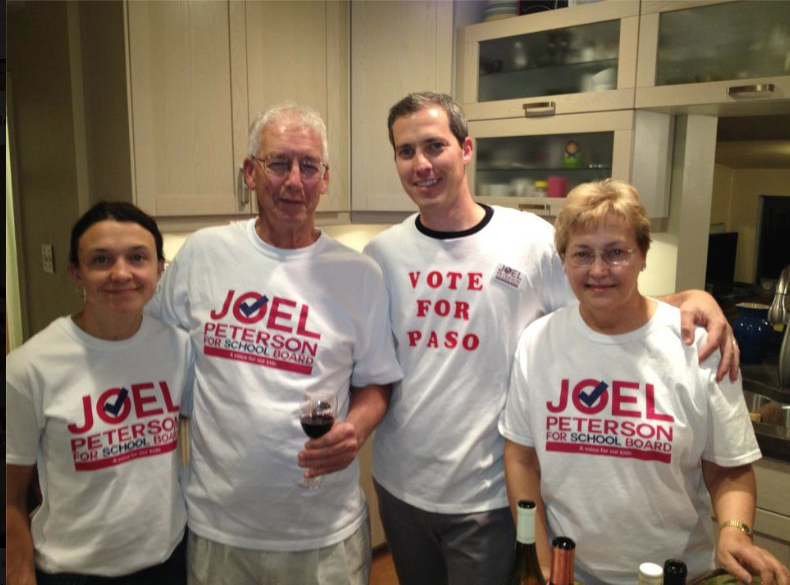 Joel Peterson celebrates on election night with his wife Dagny and his parent. 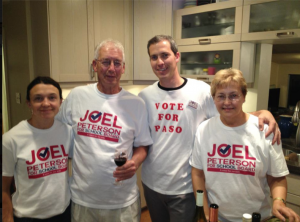 Joel Peterson celebrates on election night with his wife Dagny and his parents. He posted this photo on Facebook.

This report is based on the Final Unofficial Results posted by the San Luis Obispo County Clerk-Recorder:

Peterson took first place by a wide margin with 7,263 votes.

Seven candidates ran to fill four seats on the board. Here are the vote totals from the San Luis Obispo County Clerk-Recorder: