Paso Robles News|Wednesday, May 27, 2020
You are here: Home » Community » Fundraiser for Amanda Carminati set for Saturday 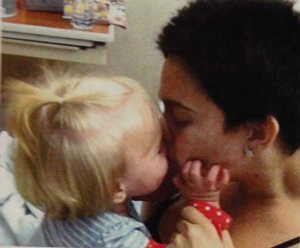 A fundraiser for Amanda Carminati will be held March 29.

A fundraiser is being held for Amanda Carminati, a 23-year-old local woman currently fighting her second bout of Acute Myeloid Leukemia (AML). A barbecue dinner with a silent and live auction is set for Saturday, March 29 at 6 p.m. It will be held in the Pavilion room of the Paso Robles Event Center.

In October 2012, Carminati was diagnosed and was sent to Stanford University Medical Center for treatment. After a long hard year she was able to return home. Her short time of remission was bittersweet.

On New Years Day 2014 she learned her Leukemia had returned and she had relapsed. Amanda is currently at Stanford receiving treatments and having bone marrow biopsies. Carminati’s doctors are planning a bone marrow transplant for her.

Tickets to the fundraiser are $50 each, full tables for 8 are $350. Local gun manufacturer Weatherby has donated two rifles for the fundraiser. One will be raffled at the event, and the other auctioned off. Tickets for the rifle raffle at $100. For more information, call (805) 610-1708.

Tickets are available at the door and at the following locations: