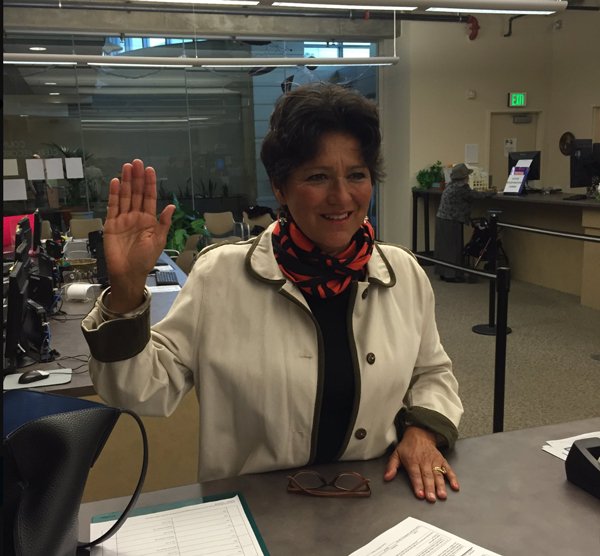 “This is an honor for me to serve a wonderful community,” said Ortiz-Legg on Friday evening. “We have lots of challenges and I am ready to roll up my sleeves to support working families, young people, and seniors. I will be accessible to all, as it’s critical for the 3rd district to have representation.”

In 2016, Ortiz-Legg, running as a Democrat, lost the 35th District State Assembly race to Jordan Cunningham. Since 2018, she has worked as an agency liaison for Pacific Gas and Electric Company. In 2018, she was appointed by Hill to the San Luis Obispo County Planning Commission. She previously worked at First Solar from 2010 to 2018 as an assistant project manager.

“I have had the pleasure of working with Dawn Ortiz-Legg in the past, in various capacities,” said Lynn Compton, County Board Chair and District 4 Supervisor. “I look forward to continuing that relationship in her new role, and have already called and congratulated her.”

Ortiz-Legg holds a bachelor’s degree from Pepperdine University and attended the Johns Hopkins School of Advanced International Studies (SAIS) where she earned a Master’s Degree in International Public Policy with a focus on climate change and technology.

Before she is seated, she will need to be sworn in by County Clerk-Recorder Tommy Gong. A date for her swearing-in is yet to be set.

At least five other county residents were reportedly under consideration for the appointment, including Erica Baltodano, Mariam Shah, Erica Stewart, Kara Woodruff, and Peg Pinard.