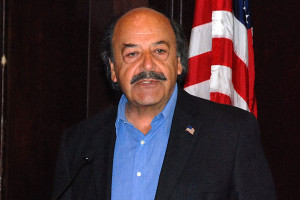 One measure, Assembly Bill 1340, was a part of a two-year negotiation between hospital workers, patient advocates, and the administration. This bill will create Enhanced Treatment Programs at each state hospital to provide more individualized treatment to the patients that are most at risk for violence. According to the Department of State Hospitals, 92 percent of the patient population in the state hospital system last year was admitted as the result of a forensic commitment, some of which were violent in nature.

“My legislation is critical in reducing the growing amount of violence that is occurring in our state hospitals,” said Achadjian. “By establishing enhanced treatment programs, we will be giving hospital staff a safe environment to administer treatment, and patients a safe environment to get on the road to recovery.”

The other measure, Assembly Bill 2625, was sponsored by Governor Brown’s administration, and will help lower costs and improve efficiency at state hospitals. By taking action to address the rapidly increasing number of IST patient, who have been left in state facilities, this legislation will permit resources to be used to help other patients get the treatment they need.

When a person is deemed by the courts as incompetent to stand trial, they are taken in as a patient in the hospital programs with the goal of regaining competency. However, some patients have severe mental disorders that make it unlikely that they can be restored to trial competency. The county that referred the patient is then responsible to determine what to do with the patient. However, some counties are not retrieving these patients and cause a substantial financial burden to the state. The approximate cost is $200,000 per year for each IST patient.

“Assembly Bill 2625 was the culmination of a yearlong negotiation between Governor Brown’s administration and local authorities that resolve an issue that has been causing the costs of state hospitals to rise,” continued Achadjian, “I was proud to work with all of the stakeholders to make our hospitals run more effectively and efficiently.”