Former president of Heritage Lending sentenced to prison for fraud

Candy Wells was sentenced Thursday in San Luis Obispo Superior Court to five years in state prison. Wells is the former president of Heritage Lending in Paso Robles. Back in August pleaded ‘no contest’ to five counts of felony securities fraud

Her husband, Ronald Wells, pleaded no contest to being an accessory after the fact to the charges of securities fraud and embezzlement. He was sentenced to five years of formal felony probation and 88 days in custody. He has already served that time.

A restitution hearing  is scheduled for December.
Background on Candy and Ronald Wells

Candy Wells operated Heritage Lending in Paso Robles, CA, offering “hard money” loans and investments in real estate projects, until she abruptly closed the business in October 2009. Following an extensive, three year investigation by the California Department of Corporations, and significant additional investigation by the San Luis Obispo County District Attorney’s Office, a criminal complain was filed against Candy and Ronald Wells on March 11, 2013 for alleged crimes they committed between 2007 and 2009 during the operation of Heritage Lending. In the criminal complaint, the Wells are charged with six felony counts and seven special allegations related to fraudulent practices in the offer and sale of securities involving “hard money” loans in real estate projects located primarily in San Luis Obispo County. The Wells are alleged to have caused a loss of over $1.3 million to numerous victims.

Defendants Candy and Ronald Wells were present in custody Tuesday morning, March 19, 2013 for arraignment in San Luis Obispo Court, Department 6, before the Honorable Judge John Trice. Judge Trice has initially appointed Attorney Jim Maguire of the Public Defender’s Office to represent Candy Wells, and Attorney Paul Phillips of the Conflict Public Defender’s Office to represent Ronald Wells. Their arraignments have been continued to Thursday, March 21 at 8:30 a.m. in Department 6, to allow the appointed attorneys time to review the list of potential victims and witnesses for possible conflicts of interest, to determine whether they can continue in their respective appointments on the case.

Judge Trice also set the matter for further proceedings on Tuesday March 26, 2013, at 8:30 am in Department 6, for the receipt of an OR/Bail Report, to be prepared by the Probation Department.

The defendants both remain in custody with bail set at $2.5 million, as previously ordered by the Honorable Judge Jacqueline Duffy. The Wells will be arraigned in the San Luis Obispo County Superior Court on the criminal complaint following their transport back to San Luis Obispo County by custody officials.

The San Luis Obispo County Superior Court has issued orders freezing the personal assets of the defendants, including any assets in which the defendants may have an interest. These court orders have frozen not only all personal assets and interests in real estate, but also all bank accounts, all other financial accounts, vehicles and any and all other things of value, whether the assets have been specifically listed or identified or not. The court orders prohibit anyone from selling or secreting these assets. 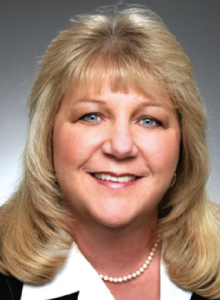 Heritage Lending owners Candy Wells and her husband Ronald Wells were arrested Tuesday in San Diego on eight felony charges related to loans and real estate transactions in Paso Robles, CA, Cal Coast News reported this week. The court has set their bail at $2.5 million each.

Enticed by the promise of 11 to 12 percent interest through property-secured investments, investors entrusted their nest eggs with Heritage Lending, a hard money lending company.

On Monday, prosecutors filed a temporary restraining order placing the Wells personal assets under court jurisdiction. A “source of bail” motion was also filed to allow time for authorities to ascertain that funds used for bail are not tainted.