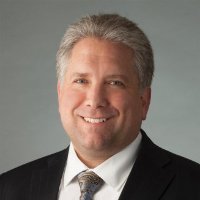 President Simone Lagomarsino said, “It saddens me to announce that Mark will be leaving the Bank. During his time here, Mark has made numerous contributions to the growth and profitability of our organization. We appreciate all his hard work and wish Mark well in the next phase of his career.”

The Bank has begun the search for a successor. In the interim, Ms. Lagomarsino, an experienced financial services executive who has previously served as a chief financial officer at other institutions, will assume Mr. Olson’s duties and she will serve as President, Chief Executive Officer and Interim Chief Financial Officer.

Olson had been with the bank for about a year. Prior to that he worked at Pacific Capital Bank and Goldman Sachs. He worked for three years as corporate treasurer and controller for the The Church of Jesus Christ of Latter-day Saints in Salt Lake City, Utah.