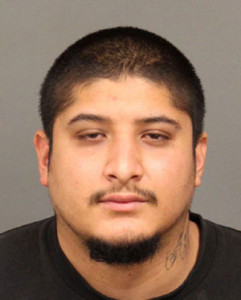 Authorities served what they are calling a “high risk search warrant” early Wednesday morning in Paso Robles and arrested a suspect.

Jorge Cruz, 21, was taken into custody at about 5:30 a.m. for an arrest warrant on undisclosed gang related charges. During the operation, Although initially deemed high risk, parties at the scene were compliant; the search and arrest occurred without incident, according to a statement from the San Luis Obispo County Sheriff’s Office.

The SLO County Sheriff’s Gang Task Force and Atascadero Police officers served a the gang-related search warrant at a residence in the 2800 block of Oak Street with the assistance of officers from the Paso Robles Police Department, California State Parks, and a CHP helicopter. 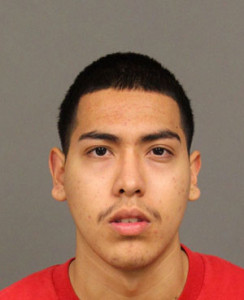 Two other suspects were arrested at homes in Atascadero. Juan Carlos Pacheco, 18, and a juvenile, both of Paso Robles, were arrested  on gang related charges.

The criminal investigation is ongoing and will continue through coordination of GTF and Atascadero Police Department. Jorge Cruz remains in custody with arrest warrant bail set at $250,000. No additional information is being released at this time.