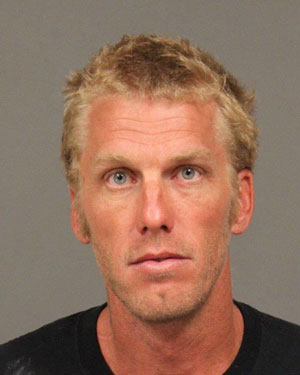 On Monday at about 2:50 a.m., Atascadero Police Officers, working in a two man car, initiated a traffic stop on a vehicle for vehicle code violations. The driver of the vehicle fled from officers leading them on a high-speed pursuit out of Atascadero on Highway 41 east. The pursuit ended in a rural area near Highway 58 when the pursuing police vehicle went off the roadway rendering the vehicle inoperable. Fortunately no officers were injured. The suspect was not apprehended.

A follow up investigation was begun by the Atascadero Police Department’s Investigations Unit assisted by the department’s Traffic Unit. Extensive follow up included the serving of several search warrants and the seizure of the suspect vehicle involved in the pursuit. This led the identity of the suspect, Joshua James Kelly, a 34-year-old resident of Creston. An arrest warrant was sought and issued for Kelly.

On Wednesday, at about 6:15 a.m., Kelly was contacted at his residence by members of the Atascadero Police Department and placed into custody. Kelly was booked at San Luis Obispo County Jail for evading a peace officer and reckless driving.