Dec. 11, 2012 – 5:28 pm – UPDATE – The suspect involved in a high speed chase early this morning shot himself with a 9mm handgun after the chase ended, reports say. He was taken to a local hospital. His name and condition were not released by authorities.

The suspect is described as a white mail in his 30s and was driving a small Ford pick-up truck.

Dec. 10, 2012 – Early this morning the California Highway Patrol shut down part of Highway 46 and ended a high speed chase, according to reports. CHP from Coalinga were in pursuit of a suspect driving south on Hwy 41 from I-5 to west Highway 46 into San Luis Obispo County.

Officers set out a spike strip and stopped the vehicle. The truck ended up in the center divider of the highway near Geneseo Road just outside of Paso Robles. During the incident, officers closed part of Highway 46 at Golden Hills and called in a K-9 unit to move in on the suspect.

The California Highway Patrol told KCOY that the Templeton CHP, San Luis Obispo Sheriff’s Dept., and Coalinga CHP where all in pursuit of the suspect. 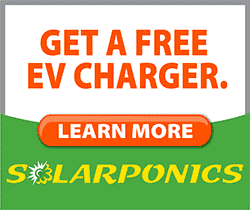