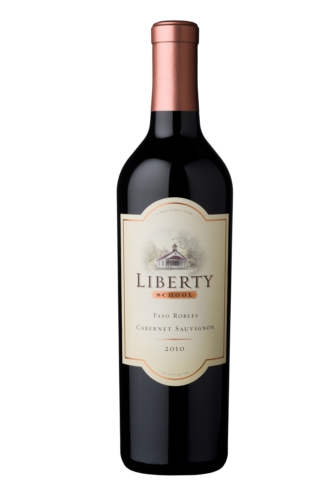 Liberty School will introduce a new package design with its 2010 Cabernet Sauvignon and 2011 Chardonnay wines.

Liberty School will introduce a new package design with its 2010 Cabernet Sauvignon and 2011 Chardonnay wines.

Liberty School, one of California’s best values in wine, will introduce a new package design this fall. Liberty School was founded nearly 40 years ago and is owned by Hope Family Wines of Paso Robles, Calif. President and winemaker Austin Hope enlisted designer Jeffrey Caldewey of ICON Design Group to create the packaging. The updated bottles will begin shipping to accounts nationally in mid-October with the 2010 Liberty School Cabernet Sauvignon and 2011 Chardonnay wines (SRP$14).

“The quality of Liberty School wine consistently over-delivers at its price point. The new label reinforces this wine as an American classic,” says Hope. “We make this wine in a traditional and restrained style under 14% alcohol that is meant for the dinner table and daily enjoyment. For the price, there is no better representation of Paso Robles wine on the market.”

Pulling on familiar elements from the winery’s previous packaging designs, the new labels offer greater emphasis to the image of the Liberty School schoolhouse. The label’s nostalgic tone pays respect to the tradition of honest work, dedication and perseverance that one-room schoolhouses represented in early rural life in America, while emphasizing the principles of quality, consistency and value to which Liberty School wines aspire.

Liberty School has earned its place among the best-known and most widely distributed wines from California’s Central Coast. Comprised of fruit from over 50 independent, family-owned Paso Robles and Central Coast vineyards, Liberty School is made in a traditional style: fruit-driven, barrel-aged and crafted to reflect true varietal and regional character.

The November 2012 issue of Wine Enthusiast, on newsstands now, recognizes Liberty School Cabernet Sauvignon as the number three (out of 100) “Best Buy” values of the year. It was also recently highlighted by Forbes.com as a “Best Value,” and noted wine personality and retailer Gary Vaynerchuk called it “one of the best Cabs in America.”