Paso Robles News|Sunday, November 27, 2022
You are here: Home » Business » How Online Casino Laws in California Compare to the Rest of the World 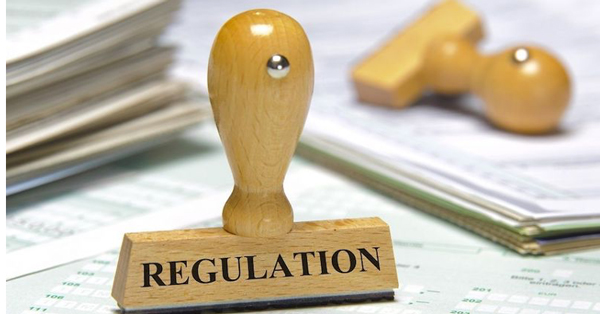 –When it comes to gambling legislation, especially in the United States, it often comes with complexity. It is even more so with the internet opening up betting activities. Besides New Jersey and Nevada, California is considered a progressive state in terms of gambling laws. Like every other aspect of human lives with varying and restrictive laws, the internet is changing everything. Unsurprisingly, online casinos continue to grow in popularity, and it is pertinent to understand the laws as they relate to online casinos in their basic forms.

The Federal Government has no law against betting on casino games, so the legality depends on the specific state, although most state gambling laws require more careful analysis since they can be hard to understand. To avoid falling into legal traps, we will look at the history of gambling in California over the years, the current legality of operating and playing in online casinos, and compare it with other parts of the world.

The Legal Status of Online Casinos in California

There has been confusion about gambling in California even before the internet and online casinos were a thing. For many decades, the issue has garnered mixed opinions from California residents. Native Americans have also played a critical role because the community embraced gambling for social and economic development. Acknowledging the increased demand for legal gambling (and that it was not going away), the state passed laws allowing the establishment of tribal gambling organizations in 1984, though the state made betting legal back in 1933 with horse racing.

In plain words, it is illegal to operate an online casino in California and there are no online casinos based in the Golden State. That being said, it is completely legal for Californians to play online casino games hosted elsewhere, without running afoul of the law. Like other parts of the world, online gambling is more difficult to restrict than other forms of gambling and a Californian player is technically not breaking any laws by wagering on sports or playing casino games from a website operating offshore. Therefore, it is not uncommon to see several online casinos operating from outside the state tailoring their services to meet Californians’ needs, from easy payment to a large selection of games.

Below is the breakdown of other gambling activities that are allowed or prohibited in California.

Games such as blackjack, video poker, poker, slot machines, bingo, and keno are only allowed at tribal casinos operating on tribal land.

California residents are also allowed to play card games such as poker and pai gow against each other but it has to be in an establishment, not a house, that takes 5% from each pot.

Bookmaking on sports is completely illegal in California. However, residents of California can wager on sports using offshore websites.

The lottery is a means of generating revenue for education in the state. The state has regulated lottery, including Mega Millions.

It is illegal to own a slot machine for gambling with real money.

Only pari-mutuel betting is allowed, and dog racing is entirely illegal.

As one of the few states with relatively flexible gambling laws that have been in place for a while, it is surprising that California has yet to take advantage of the 2018 overturning of the PASPA by the federal Supreme Court, which banned sport betting. So far, over two-thirds of all states have taken advantage of the ruling to legalize sport betting and have generated more revenue. Compared with the rest of the world, European countries tend to be the most liberal with their gambling laws, with sports betting and gaming generally free for all in European countries, including lenient online casino jurisdictions.

However, California is more open to online casinos compared with the Middle East and Australia. Other than for legislative exceptions, gambling in all forms is generally prohibited in Australia. New Zealand, however, tends to be quite similar to California. Like California, it is illegal to run an online casino in New Zealand, but there is no legal provision for participating in online gambling. As a result, Kiwis are free to choose the best online casino NZ for them, as long as it operates offshore.

Progress is being made to create a legal framework for online caisnos and that can be seen with the 2016 Internet Fantasy Sports Games Consumer Protection Act. The bill was sponsored by California assemblyman Adam Gray and passed overwhelmingly. However, it still faced a number of with legislative barriers. Hopefully, the moves to relax online casino laws will gain more supporters so California can follow the footsteps of fellow states, as well as countries like the United Kingdom, Spain, Japan, and Germany, where online casinos are legal. For now, nothing is stopping Californian casino players from accessing the best casinos the internet has to offer, so all we can say is have fun and play responsibly.