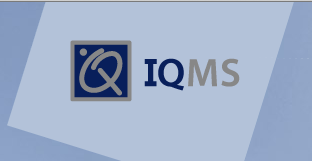 For the second year in a row, Inc. magazine honors IQMS as one of America’s fastest growing private companies 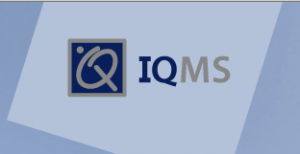 IQMS, a manufacturing ERP software and MES developer with an ongoing, proactive commitment to its product and relationships, today announced that for the second year in a row, it has placed on the distinguished Inc. 500|5000 list of the fastest growing private companies in America. Listed at No. 3,882, IQMS increased its ranking on the Inc. magazine list over last year by nearly 1,000 placements with a three-year organic sales growth of 40 percent.

“With this accomplishment, IQMS joins the rarified company of enterprises that have appeared on the list multiple times, many of which have grown to become national icons,” said Eric Schurenberg, editor in chief of Inc. magazine, in a letter congratulating IQMS on its consecutive placement.

IQMS is one of just a few ERP software companies honored with placement on 2012 Inc. 500|5000 list. Now in its sixth year, Inc. magazine based its list rankings on percentage annual growth when comparing 2008 to 2011. While compiling this year’s list, Inc. magazine remarked about the difficulty the last three years have presented for businesses in coping with the formidable economic environment that began in 2008 and has just recently begun to show signs of improvement.

“To rank among the 2012 Inc. 5000, your company had to thrive through three of the toughest years this economy has seen in living memory,” said Schurenberg. “Your success in such times is eloquent testimony to your team’s creativity, resilience and tenacity.”

“IQMS is thrilled to be named an alumnus of Inc. magazine’s exclusive 500|5000 list,” said Randy Flamm, CEO at IQMS. “IQMS’ organic sales growth over the last three years has allowed us the opportunity to reinvest in every aspect of the company, positioning ourselves to continue offering the most advanced and innovative ERP solutions to our present and future customers.”

Original story posted as a press release at IQMS