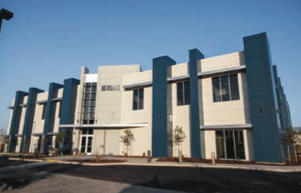 IQMS, a Paso Robles software company, this week announced its half year in review. The outset of IQMS’ 25th anniversary has delivered steady and expected growth in all areas of the company, including customers, employees, revenue, locations and more, the company reports.

2014 launched with a bang when half of IQMS’ corporate-based employees moved into a second 30,000 sq.ft. building located on the company’s headquarters on Wisteria Lane in Paso Robles. Since then, IQMS has expanded into two additional sales and training locations in Mexico City and Charlotte, N.C. These new facilities will offer support to the steady number of new customer relationships IQMS has formed in both its wide range of established manufacturing industries and fresh areas such as ammunition, food and beverage, nutraceuticals and railway transportation.

“The prior six months have laid an excellent foundation for the rest of the year for IQMS. We are right where we want to be,” said Randy Flamm, president at IQMS. “It’s our silver anniversary, and in celebration of that, we have a few exciting opportunities arriving in the near future that we can’t wait to embrace. 2014 is going to be the year to watch IQMS.”