What issues matter most to you? 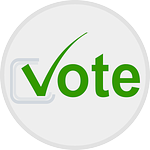 Politicians are gearing up for an election year. There is a primary election set for June and a general election in November. Ahead of those elections, let’s tell our local politicians what issues are important to us. Paso Robles will elect a new mayor to serve a four-year term; two members of the city council, a state assemblyman, a representative to Congress and several other elected positions. Please vote below with the most important issue to you and add comments at the bottom of the post/

“Other” responses included the following: