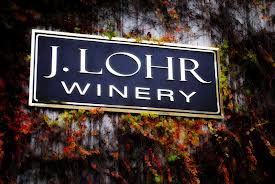 “It’s very exciting to see our J. Lohr Cuvée Series and J. Lohr Hilltop Cabernet Sauvignon singled out as part of our Winery of the Year honor,” says J. Lohr Red Winemaker Steve Peck. “Both showcase how phenomenal the dynamic growing conditions of Paso Robles are for Bordeaux varieties. With ideal soils and diurnal swings of up to 50 degrees between our sun-filled days and ocean-cooled nights, Paso has emerged as one of the world’s most exceptional terroirs for red wines.”

The accolade of Tasting Panel Magazine Winery of the Year is the second such distinction for J. Lohr in three years, after being named 2010 American Winery of the Year by Wine Enthusiast Magazine. Most recently, President, COO and Director of Winemaking Jeff Meier was named one of Intowine.com’s “Top 100 Most Influential U.S. Winemakers.”

“Tasting Panel Magazine’s Winery of the Year Award is a great honor for J. Lohr, and our red winemaking program,” says J. Lohr President, COO and Director of Winemaking Meier. “It is also a great honor for Paso Robles. When you look at the scope of this competition, which included 4,539 wines from 1,400 wineries in 30 countries, it says a great deal about the red wines from Paso Robles, and their rightful place in any discussion of the world’s great wines. With more than 3,700 acres in Paso Robles and Monterey County, our identity as a winery is rooted in the unique character of these regions. We’re proud to be representing these appellations as a part of Tasting Panel Magazine’s national wine and spirits trade tour.”