Journey & the Steve Miller Band to perform at Mid-State Fair 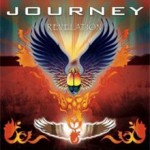 The California Mid-State Fair announced that Journey & the Steve Miller Band, with special guest Tower of Power, have been confirmed to perform in concert on Wednesday, July 23, 2014 at 7:30 p.m. The concert is part of the annual Bud Light Concert Series and will take place in the Chumash Grandstand Arena at the Paso Robles Event Center.

Ticket prices for the show are $46, $56, $76 and $126 and will go on sale at a date to be determined. Tickets will be available at the California Mid-State Fair box office, 2198 Riverside Avenue in Paso Robles, online at www.midstatefair.com or by calling 1-800-909-FAIR.

Diamond-certified album holder Journey has sold 80 million albums worldwide and has earned 19 Top 40 singles and 25 gold, platinum and multi-platinum albums since its formation in 1973 in San Francisco. The prestigious “Legend of Live Award” was presented to Journey at the 2011 Billboard Touring Awards to honor the band’s contributions to live music and the touring business and to acknowledge their commitment to fans and the art of performing live. The band’s 2011 World Tour was one of the band’s most successful tours ever, drawing nearly a million fans and ranked in the Top 15 Tours of the year. 2011 also marked the 30th anniversary of the band’s seminal anthem, “Don’t Stop Believin’,” the biggest selling song from the 20th century in iTunes history. In 2013, Journey toured four continents and performed to more than half a million fans. 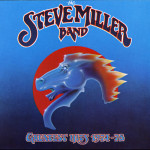 One of rock music’s all-time greats, the Steve Miller Band has sold more than 30 million records in a career spanning more than 40 years. His trademark blues-rock sound has made him one of the defining artists of classic rock radio. The 2013 touring season by the Steve Miller Band follows four of the most busy, productive years in the long, illustrious career of Steve Miller. He has released two albums in the past few years including the number one blues album, Bingo, and its successor, Let Your Hair Down – the first new Steve Miller Band in eighteen years. In 2010, Miller went back to Europe for the first time in 25 years for a hugely successful round of dates culminating in a sold-out Royal Albert Hall concert in London that opened the door for the band to tour Europe twice in the past three years. In demand around the world as well, they also launched a tour of Australia and New Zealand in Spring 2013.