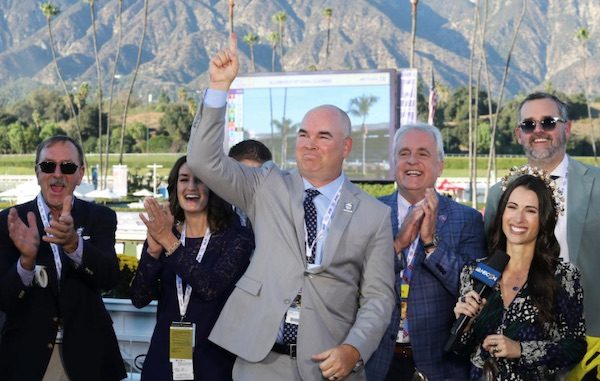 –Paso Robles resident Justin Border is on the road to America’s most famous horse race. Storm the Court, a 3-year-old racehorse that Border co-owns, is two races away from running in the $3 million Kentucky Derby on May 2 at Churchill Downs in Louisville, Ky. One is the March 7 $400,000 San Felipe Stakes at Santa Anita Park, the world-class track in Arcadia, Calif. If all goes well in the San Felipe, Storm the Court would have one more race before the Kentucky Derby.

“We just love this horse,” Border said earlier this winter. “We think he has a ton of talent, heart, and speed, which is a good combination. He’s just really special, and we’re excited and really proud.”

Horses qualify for the 1 1/4-mile Derby’s 20-horse field through a series of races for which they earn points for a top-four finish. The points offered get larger as the Derby gets closer. A victory in the San Felipe is worth 50 points, which combined with Storm the Court’s current 22 points would easily secure the colt’s spot in the Derby starting gate. 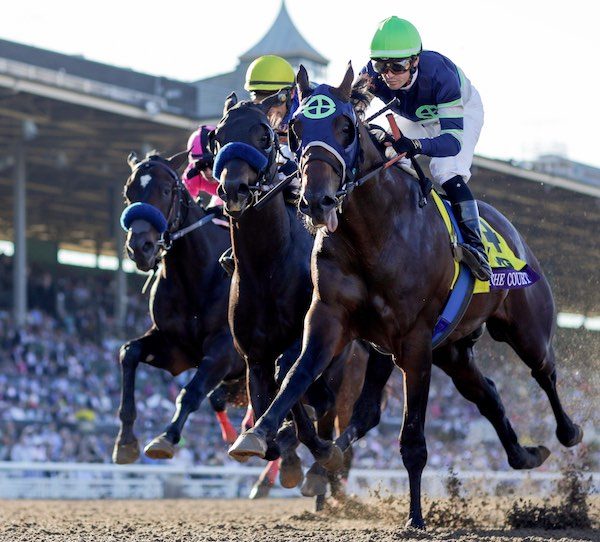 Storm the Court got a head start in the process by winning last November’s $2 million Breeders’ Cup Juvenile, which is part of the season-ending Breeders’ Cup World Championships. That victory at 45-to-1 odds (paying $93.80 for a $2 win bet) made Storm the Court the 2019 champion 2-year-old male horse in North America.

“We knew what we were looking for,” said Border, who is founder and president of Titan Healthcare Solutions. “It is important to have a plan, then if things shift or change, you adjust your plan. But nothing in that race changed our outlook, perspective or anything, really.

“… From a horseman’s perspective, it was a perfect race off the layoff,” Border said of the time off between Storm the Court’s races. “He’s the type of horse that needs to race to get fit.”