The trikes cost about $200 each to replace, a school official said. Donations maybe made out to the the Georgia Brown Elementary School PTA and delivered to the school at 525 36th St, Paso Robles, CA 93446. 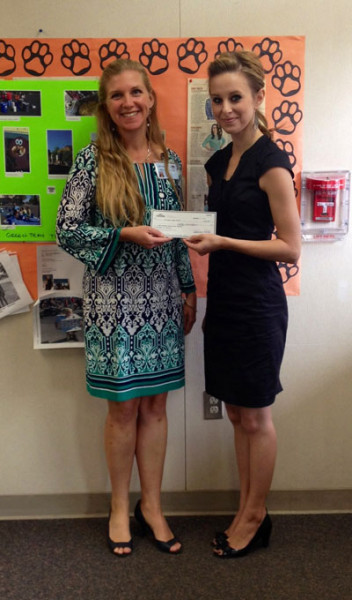 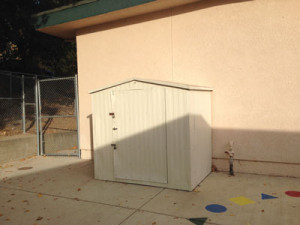 The school shed that was broken in to.

“A kindergarten teacher walked in and saw the shed was broken in to and the tricycles were gone,” says Linda McCutcheon, the school office clerk. “The kids love those things,” she says. “And they took the best ones.”

Four tricycles were taken, but two were located on the school yard. The little tricycles are painted red and have black tires. “Georgia Brown” is written on them in black Sharpie ink.

The Georgia Brown PTA commented on its Facebook page today, “If anyone knows anything please speak up. And if anyone is interested in sponsoring a replacement we would be so grateful.” 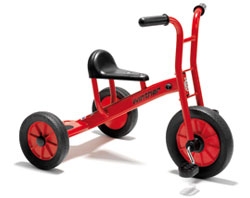 The stolen tricycles look similar to this model.