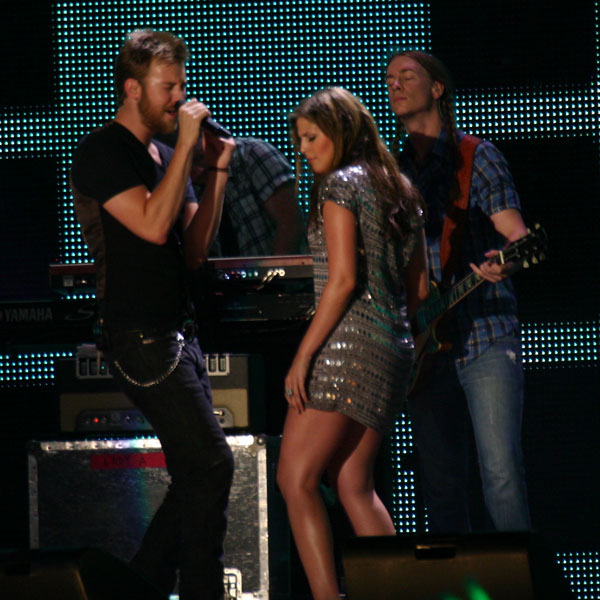 Seven-time Grammy award-winning trio Lady Antebellum announced today that their headlining Take Me Downtown 2014 tour will roll into Paso Robles at The California Mid-State Fair on Tuesday, July 22, 2104. Tickets for the show will be $46, $61, $71 and $121 and are not yet available.

“We spent almost every day last year backstage writing for our album Golden, so we were really focused on writing songs that would connect with the fans in these arenas. We definitely learned a lot about ourselves as live performers and the type of catalog we wanted to have so that we could go out and try to give the fans the best show they’ve ever experienced,” explains Lady A’s Charles Kelley. “All of that was the jumping off point for this tour, and now it’s time to take it to the next level.”

Last year, Lady Antebellum hosted over one million fans across the globe in 11 countries on their first headlining world tour, which earned them Billboard Touring’s “Breakthrough Award,” CMA’s “International Artists Achievement Award” and will accept the “Jim Reeves International Award” at this fall’s ACM Honors. The shows were inspirational and critics praised the band’s “youthful exuberance and unending energy.”

The harmony-based trio Lady Antebellum continues to reaffirm the very beginnings of Lady Antebellum by focusing on songwriting and fresh uses of their talents, which was at the heart of what drew them together in the first place. Since its 2006 inception, Lady A has won the “Vocal Group of the Year” honor from both the CMA and from the ACM’s three times in a row and sold over 11 million albums worldwide. The trio has taken seven trips to No. one on the country radio charts, earned five Platinum singles including their recent “Downtown” and has been awarded with seven GRAMMY awards including the all-genre “Record of the Year” and “Song of the Year.”

The group’s latest single, “Compass”, introduces fresh new elements into its signature sound which has produced a renewed level of excitement from their fans and country radio. The single is included in the band’s new “Golden Deluxe” CD, featuring six new tracks added to the original “Golden” release. In the end, the mix of road experiences, songwriting and creative partnership have allowed the magic to remain – because Lady Antebellum have kept the focus on the music.