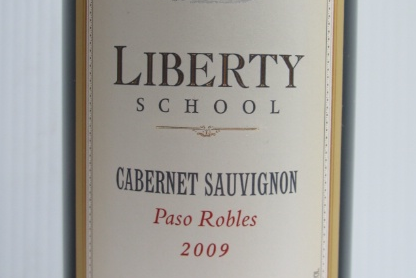 Norm’s Tasting Notes from The PineIsland-Eagle in Bokeelia, Fl. 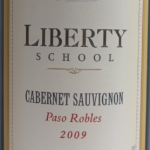 This is a re-taste of the 2009 Liberty School Cabernet Sauvignon, and once again after more time in the bottle, I am going to raise my score from the previous sampling. I first tasted this wine in February of this year and scored it an 87, even though the “Wine Enthusiast” had rated it at 90. Today, after an additional ten months in the bottle, I am going to agree with that 90 rating.. In Feburary, this is what I had to say:

“The wine has abundant fruit which smacks of black currant and black cherries, which flow into a lengthy finish, showcasing sweet and mild tannins, which sail on into the night. The Liberty School Cabernet would pair well with any grilled meat, or would be excellent after dinner, with fruit and extra sharp Vermont white cheddar cheese!

Some ten months later, the wine shows much more complexity and depth. The black cherry flavor now dominates the taste, and the mild tannins now develop into a more pronounced vanilla oak finish. It is hard to beat time when it comes to bringing out the rich flavors in a hearty red wine. Usually three years of age is just the beginning for a good Cabernet, and most hit their peak at five to seven years old, if we could just wait!