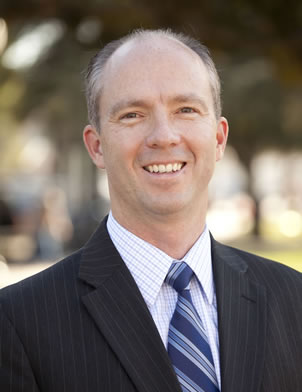 Deputy District Attorney and candidate for San Luis Obispo County DA, Dan Dow has been endorsed by the Templeton Squad of Highway Patrolmen.

As a local chapter of the larger, statewide organization, the Templeton Squad pursues similar goals for its members on the local level, protecting the rights of the men and women in uniform who put their lives on the line to ensure the safety of local residents, families and roadways.

“For over 20 years, Dan Dow has demonstrated his commitment to both country and community,” said Chapter President David Agredano. “There is no one better suited to work with local law enforcement and the support of our chapter as well as every other public safety organization that has endorsed a candidate in this race further defines Dan’s character and ability.”

As absentee ballots have been mailed and votes continue to be cast, the race to replace the retiring District Attorney, Gerry Shea continues to take shape. It is clear that Dan Dow’s commitment as a community leader as well as his experience in the courtroom has earned the respect of regional leaders over the years.

Dow’s broad based support that includes well-known Democrat and former Supervisor Shirley Bianchi as well as Conservative leaders like Supervisor Debbie Arnold and Assessor Tom Bordonaro is unprecedented. For the last seven months, Dow has regularly announced a new form of support, ranging from neighbor and local leader to School Board Member and retired Congressional Representative.

“None of this could have been possible without the support of my wife, my fellow Deputy District Attorneys, or the hundreds of community members that have endorsed our campaign,” said Dow. “No one knows what June 3rd will bring, but both humility and confidence describe my feelings going into a night that defines the safety of our residents, schools, and seniors as well as the future of our County.”

He also recently was endorsed by The San Luis Obispo City Firefighters Association.