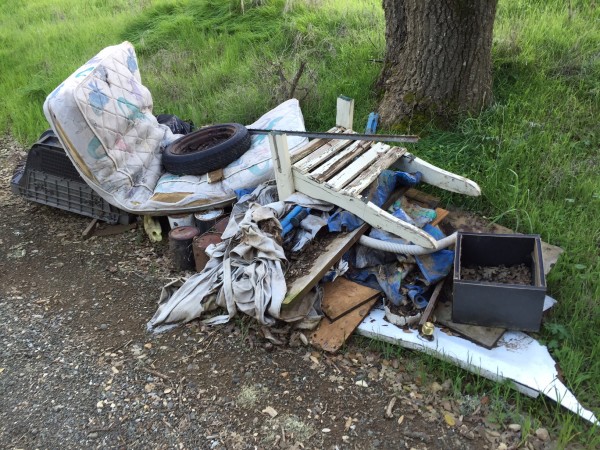 -Ann Shaw has turned leisurely walks around her rural Templeton neighborhood into a personal crusade against litter and dumping. Shaw and her partner, Charles Boccadoro, enjoy walking and biking along the roads and lanes around their home on Templeton Road. Some years ago, when living in Atascadero, Shaw developed the habit of picking up trash she found on her walks. The habit continued upon moving to Templeton. A few weeks ago, Shaw discovered the peaceful winding dirt road named Moss Lane and discovered a portion of the two and half mile road had become a large dump site. 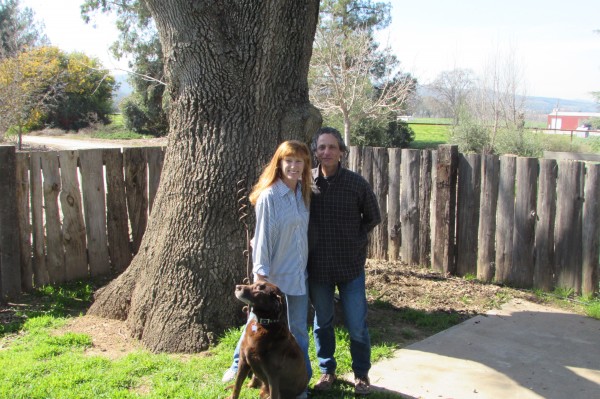 At first, Shaw kept to her usual routine of filling trash bags with litter and bringing it home to her own trash can. As time went on, Shaw noticed all kinds of items were being dumped over the steep banks that line portions of Moss Lane. Boccadoro states there was not just litter of empty cans and wrappers, “But unused paint cans, carpet rolls, tires, televisions, mattresses, appliances, and furniture. Sadly, dead farm animals, too” 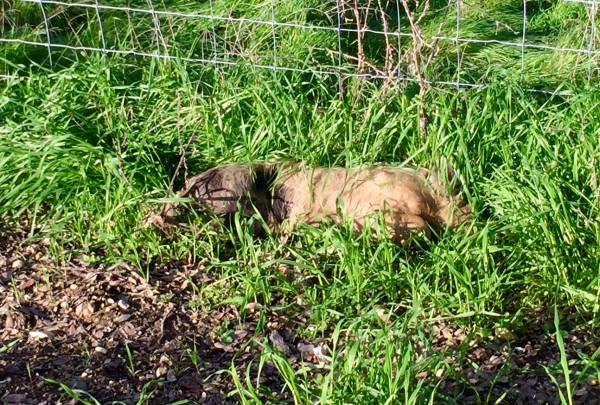 PIg carcass dumped on the side of the road.

Together, Shaw and Boccadoro began hauling the trash out of the gullies and up the steep banks to the road. Despite signs at both ends of Moss Lane warning about the $1000 fine for littering, the remoteness of the road and the steep banks has allowed dumping to go largely unchecked. When Shaw and Boccadoro began to notify the few residents on Moss Lane about their clean-up activities, they were told that dumping has been an issue for years. Tom Smith, one of the Moss Lane residents, said he and his nearest neighbor have made attempts to identify people who are dumping. On one occasion he was able to notify his neighbor when someone was dumping trash. The neighbor took a photograph of the truck and driver dumping construction materials. A phone call resulted in the materials being removed within an hour. “It’s a problem,” said Smith. “The boss gives one of his guys twenty-five bucks to make a dump run and the guy pockets the money for beer and dumps the stuff in the gully. I know for a fact this happens a lot.”

Shaw and Boccadoro created two large piles of recovered items, some hauled out of a gully they could only reach by climbing down a steep bank with a nearly 50 degree slope. With assistance from the staff at the Chicago Landfill on Homestead Road, Boccadoro contacted San Luis Obispo County Public Works Department. A crew came out and removed the piles of debris. 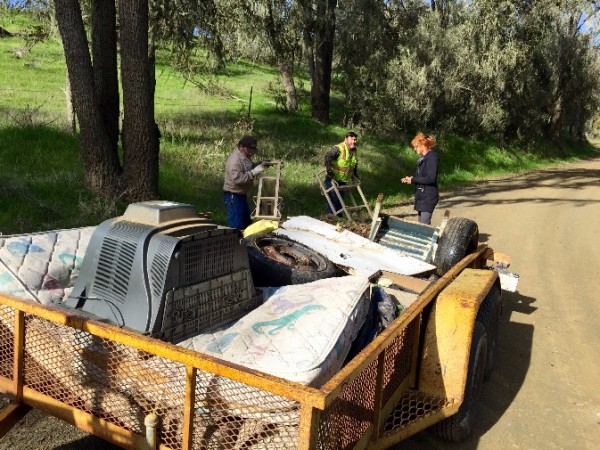 Shaw and Boccadoro applied to the Adopt-A-Road program and are now the official sponsors of Moss Lane. Moss Lane runs between El Pomar Drive and Lupine Road. The San Luis Obispo County Adopt-A-Road program is operated by the Traffic and Transportation division of the Public Works Department. The program is open to businesses, organizations and individuals. Sponsors agree to clean up and beautify a stretch of county road with cooperation of public works and a minimum of red tape.

Shaw hopes to call attention to the excessive litter on rural roads like Moss Lane, in hopes of increasing community awareness, both to help clean-up but also to alert authorities should one be witness to illegal dumping. Shaw has compiled a “Take Action” list she believes will help clean up and prevent littering and dumping on county roads:

Shaw said, “Litter invites more litter and a well-kept neighborhood discourages future behavior. Cleaning up North County deserves support from everyone and will make a noticeable difference in the condition of our beautiful Central Coast.”

San Luis Obispo County Sheriff’s Office Sergeant Tony Perry said that the Sheriff’s Office does respond to dumping and littering complaints. “We investigate and make every effort to identify those responsible. Littering is a violation of Penal Code Section 374.3 and carries a minimum of $1000 fine. It is also a violation of County Ordinance 8.12.920.”