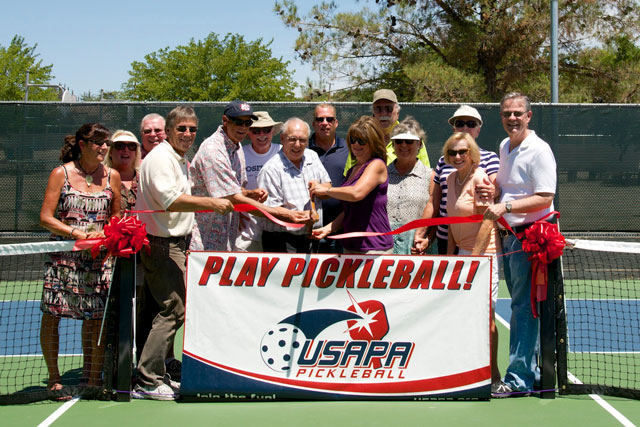 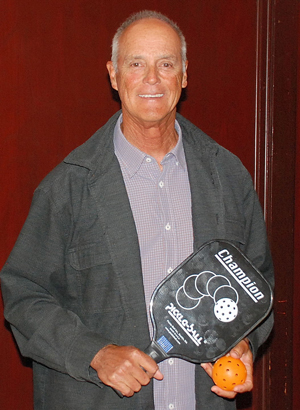 The brackets for the pickleball tournament are filled up with 125 players from Simi Valley, Santa Barbara, Cambria, Morro Bay, Atascadero, Paso Robles, Santa Cruz and Monterey. The weekend is a great opportunity for the public to come and see what the game is all about and meet local players.

There will be a raffle and silent auction both days including new paddles donated by vendors, pickleball apparel, pickleball bag, kids set of PB paddles, donated wines and more. A catered hot dog kiosk will serve food onsite.

Pickleball is played regularly in Paso Robles at Centennial Park on Monday, Wednesday, Friday, and Saturday mornings from 8:15 a.m to 11 a.m. Five courts are available and a $3 fee is charged to play. The courts are on the old roller rink that was refurbished this year into courts for pickleball. Newcomers are always welcomed.

Invented in 1965, pickleball combines elements of tennis, badminton and ping pong. It is one of the fastest growing sports in America. For nearly two years, Jack Hodges of Paso Robles has conducted a pickleball program at Centennial Park as a class.