Starting April 1, 2013 local business were required to raise the sales tax rate they collect for the City of Paso Robles and the State of California. The Paso Robles sales tax rate went from 7.25 percent in December of 2012 to 8 percent this month. The increases were due to a .25-cent increase at the state level on Jan. 1, 2013 and a .50-cent increase by the city.

The city’s sales tax increase was approved by voters last November with the city’s stated intention of spending the additional revenue to improve local roads. The city has posted a map of the roads planned for improvement on it’s website. Click the map to download a PDF in greater detail. 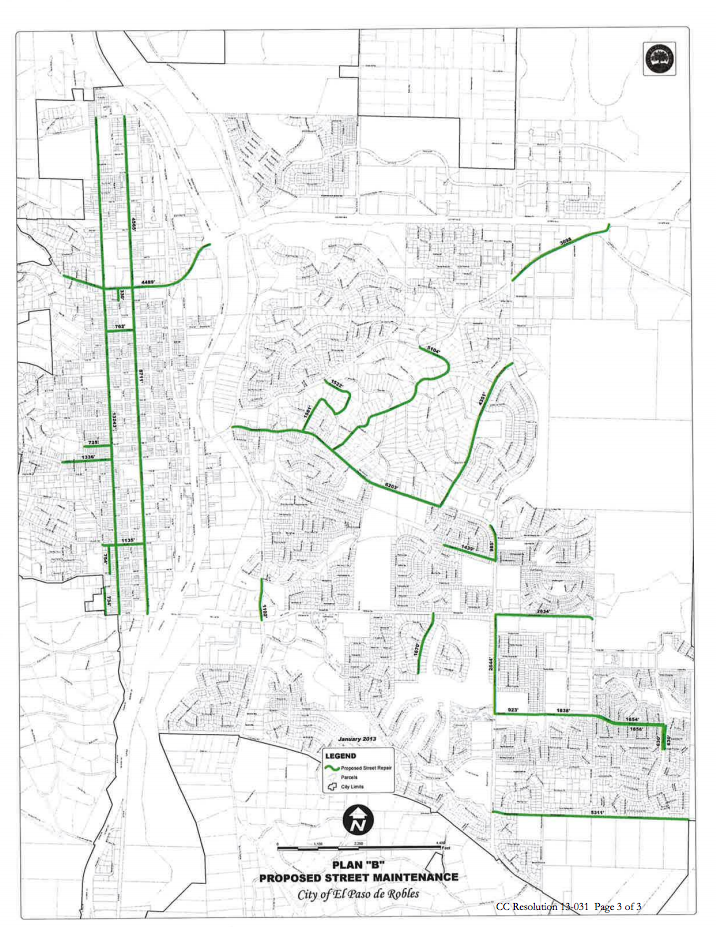