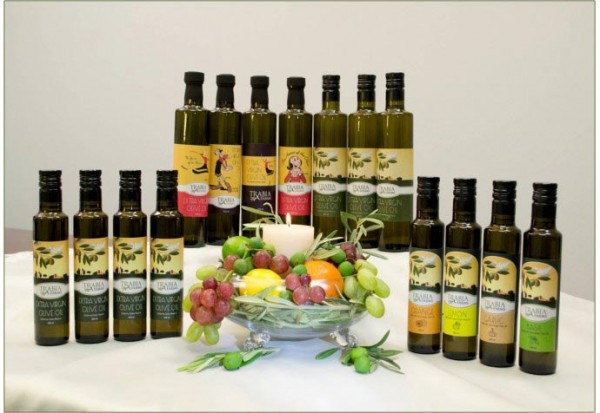 The San Benito Olive Festival announced this week the winners of its first olive oil awards that were presented at the second annual gourmet celebration on Oct. 11 at the Bolado Park Fairgrounds in nearby Hollister.

Ascolano, a Tuscan mono-varietal harvested by Lucero Olive Oil, of Corning, won the grand prize in the extra-virgin olive oil category. The Gold Award went to Trabia Farms of Templeton, for its Arbequina Olea Reserve and the Silver Award to Brigantino Olive Oil of Hollister for its Tuscan Blend. The Bronze Award was presented to Sons-of-Sicily, also from Hollister, for its Italian variety.

The grand prize for flavor-infused olive oil was bestowed to MoonShadow Grove, of Oroville, for their Mandarin Orange. Owned by Rich and Diane Mathews, MoonShadow Grove is one of the largest organic olive groves in California.

“Our judges had a blast sampling the aromatic flavors and unique tastes of each high quality California olive oil, said Kathina Szeto, President and Founder of San Benito Olive Festival, a not-for-profit organization. “We want to thank all the talented award winning olive growers and artisans who participated. This was a really good first start for us and proved to be a wonderful addition to our annual gourmet celebration. We look forward to our next olive oil competition in 2015.”

The San Benito Olive Festival is a not-for-profit organization that exists to promote awareness and appreciation of the region’s world-class culinary agriculture, premier artisans and to help support community causes with festival proceeds. Its mailing address is 1760-F Airline Highway, PMB# 270, Hollister, CA 95023.