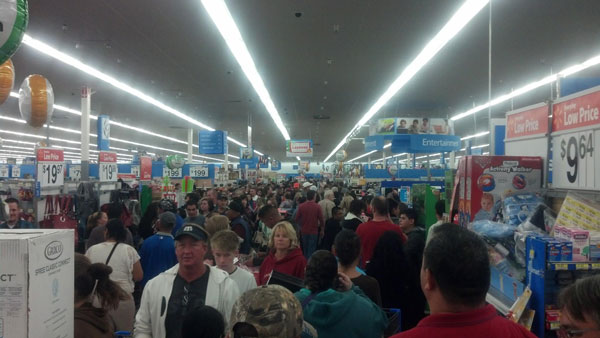 “Even though people were bumping into each other, my experience was that everyone was polite,” said Paso Robles resident David Bouillez, who snapped the photo above.