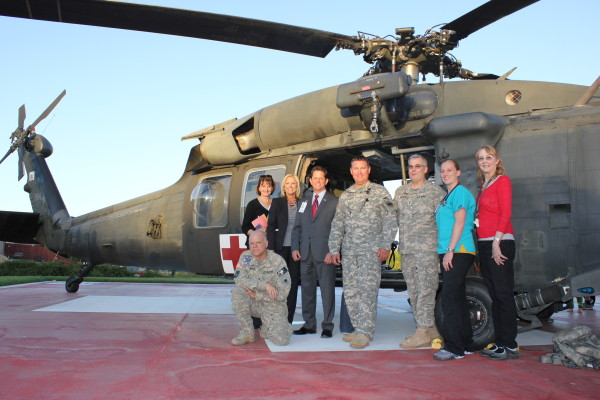 Major Daniel Anderson flew the dedicated medevac helicopter from Sacramento and landed at the hospital’s helipad as part of a training exercise for the Guard and the hospital. The visit drew a crowd of around 50 onlookers.

Over a decade ago, the National Guard trained regularly at Camp Roberts. Major Anderson says those days are coming back. “As all of the efforts of the overseas deployments are winding down were going to see a lot more troop activity and a lot more training here at Fort Hunter Leggett and Camp Roberts,” explained Major Anderson.

The flight crew along with hospital staff are training and reviewing military life-flight drills to make sure if a an emergency were to strike, they are ready.

The UH-60 Blackhawk helicopter team visited the hospital, review the procedures, and see the hospital and staff at Twin Cities in Templeton. The California Army National Guard has used Twin Cities Hospital frequently over a decade ago when they trained regularly at Camp Roberts.

The UH 60 Black Hawk is a utility tactical transport helicopter that replaced the UH-1 “Huey”. The versatile Black Hawk has enhanced the overall mobility of The Army, due to dramatic improvements in troop capacity and cargo lift capability, and serves as The Army’s utility helicopter in the Objective Force.

On the asymmetric battlefield, it provides the commander the agility to get to the fight quicker and to mass effects throughout the battlespace across the full spectrum of conflict. An entire 11-person, fully-equipped infantry squad can be lifted in a single Black Hawk, transported faster than in predecessor systems, in most weather conditions.

The Black Hawk can reposition a 105 mm Howitzer, its crew of six, and lift up to 30 rounds of ammunition in a single lift. The aircraft’s critical components and systems are armored or redundant, and its airframe is designed to progressively crush on impact to protect the crew and passengers. 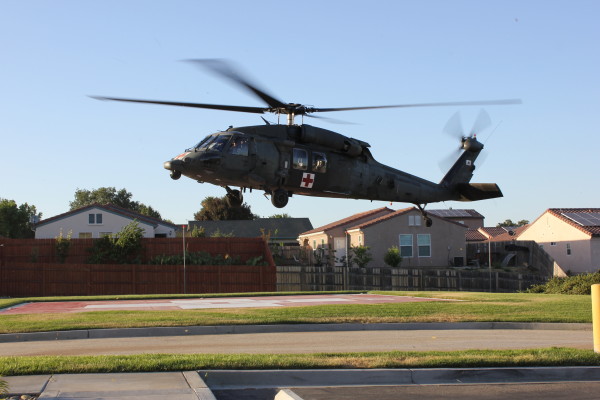 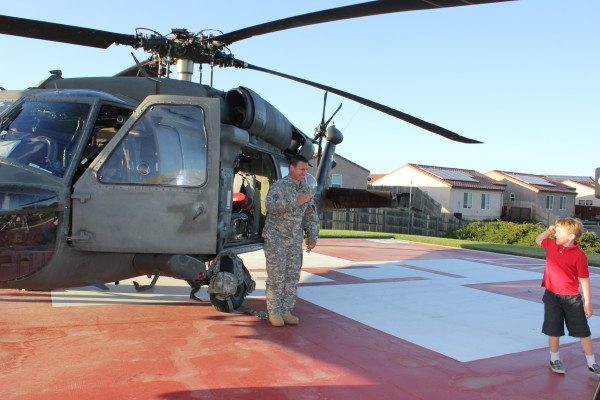