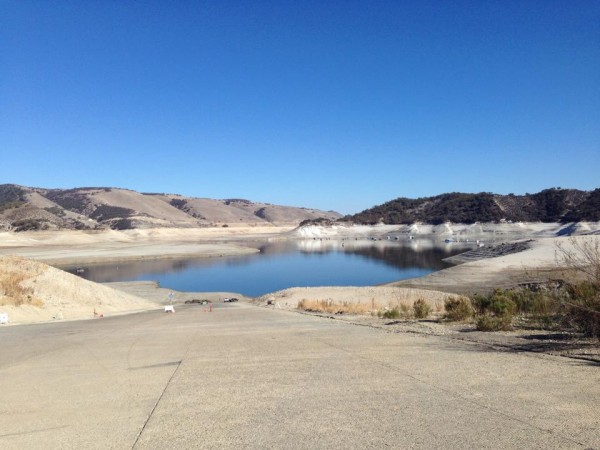 In need of rain: Lake San Antonio looks more like a pond this week at about 3-percent capacity. Photo by Tom Seidel.

After over a year of dry conditions and above average temperatures, wet weather is finally in the forecast for Paso Robles and the west coast, the Weather Channel reports.

Over the next several days, a dip in the jet stream will set up over the eastern Pacific Ocean, pushing moisture into California, Oregon and Washington. Two different storm systems are expected to develop over the Pacific Ocean and drench the west coast later this week, providing the parched region with beneficial rainfall.

The first storm is expected to roll in Wednesday night. Rain showers are forecasted through Saturday. As much as two inches of rain may fall on Paso Robles this week.