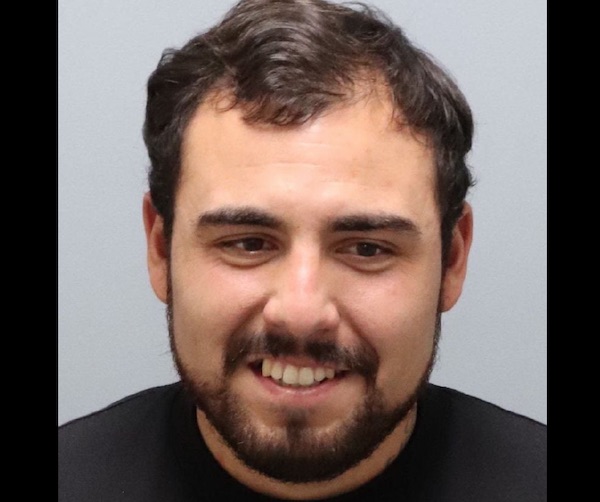 –On Saturday, the Paso Robles Police Department took a report of a restraining order violation, stalking, and criminal threats.

The suspect is identified as Alexander Barrera, who police say “decided not to follow the judge’s orders and stay away from his former girlfriend.” Once the report was filed officers began looking for him in order to speak with him about the allegations. He was found when he was driving by the victim’s house. “When several PRPD police units attempted to pull him over he proved once again that he did not want to follow directions,” police wrote in a social media post.

After a short pursuit through one red light, he lost control of his vehicle and collided with the curb. This disabled the suspect’s Chrysler where it came to a stop in the handicap space. Barrera then ran from the vehicle. Officers caught up with him a short distance away and he was taken into custody without incident.

On February 20, 2021, PRPD took a report of a restraining order violation, stalking, and criminal threats. Alexander…

Barrera, 25, was booked into the San Luis Obispo County Jail at around 1:30 a.m. Sunday for threatening, stalking, driving under the influence, evading the police, violating a court order to prevent domestic violence (restraining order), and driving with a suspended or revoked license while under the influence, according to jail records. His bond is set at $50,000.