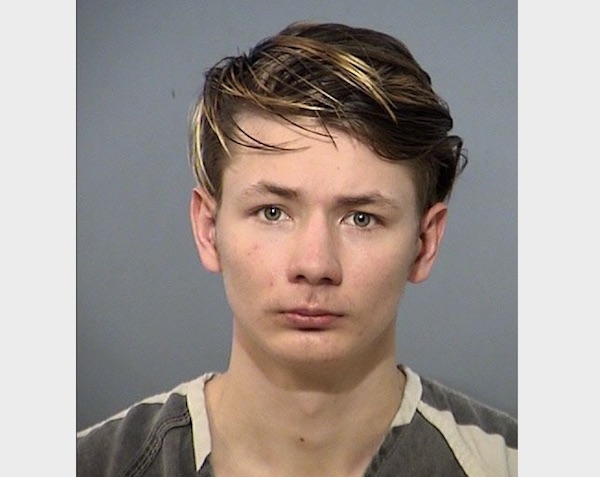 –The San Luis Obispo County Sheriff’s Office is releasing new information regarding a child exploitation investigation. The investigation began on Sept. 25, 2020, when sheriff’s deputies were dispatched to a report of a suspected criminal act in Los Osos. It was learned that a minor resident of San Luis Obispo County was contacted on the internet via an online gaming platform and lewd images were sent to the victim.

An initial report was taken and ultimately forwarded to the San Luis Obispo County Counter Human Trafficking Team, a team comprised of investigators from the Sheriff’s Special Operations Unit and the District Attorney’s Office Bureau of Investigation, who assumed responsibility for the continuing investigation.

As a result of the ongoing investigation, detectives learned that an individual eventually identified as 20-year-old Jordan Fields from Columbus, Indiana was the person responsible for sending the obscene material.

Investigative efforts continued and on March 25, 2021, Fields was taken into custody by Federal Bureau of Investigation personnel in Indiana and is being held in custody on federal charges in the Southern District of Indiana.

The success of this investigation was made possible by the collaborative partnerships that exist locally between the San Luis Obispo County Counter Human Trafficking Team and the local Federal Bureau of Investigation field office as well authorities in the State of Indiana.