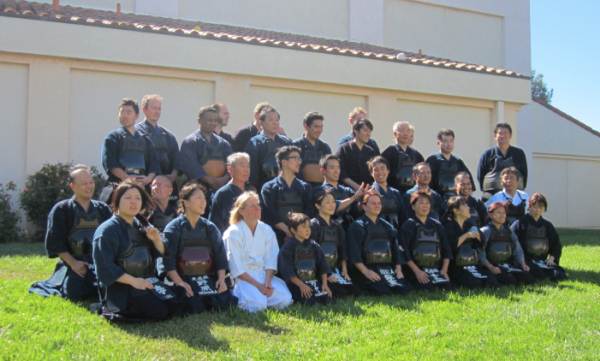 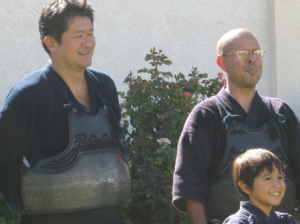 More than 30 students and instructors of Kendo came together last weekend in Paso Robles for a seminar including Taro Ariga, a 7th Degree black belt and one of the top kendo teachers/practitioners in the world.

Kendo, Japanese art of fencing, was a big part of the Central Coast area Japanese community for nearly 100 years before it disappeared about 10 years ago. Local resident Jason Carter is busy re-introducing it at the Avila Buddhist Temple where it originated on the Central Coast and also in Paso Robles with the city’s parks and recreation department.

“We had an awesome Kendo seminar, Gasshuku in Japanese, this past weekend,” Carter says. Thirty-five Kendoist from as far away as Japan participated in a three hour class and practice session on Saturday and a one hour practice on Sunday. “We had Sensei and students from Irvine, Gardena, Long Beach, West L.A., Osaka Sangyo Univ. and Japan.” They are all part of the Southern California Kendo Organization (SCKO). The seminar was organized and taught by Taro Ariga of Butokuden Dojo in Irvine.

There are about 6 million Kendoist in the world with about 1.6 million in Japan. The World Kendo Championships are held every three years. Traditionally, the three strongest countries are Japan, Korea and the USA. Ariga Sensei has competed in the World Championships and is a coach and adviser to the US team and Portugal’s team. Several other Dojo heads were also in attendance.

“It was a very unique and special honor for us to have such high caliber Senseis here on the Central Coast,” Carter says. “And the first time it has ever happened. It was so successful, that we are now planning on making it an annual event. We had a total of 35 participants, ranging in age from 9 to 62.”‘

“As far as I’ve been able to determine, Kendo began here on the Central Coast in SLO and in Salinas in the early 1900s with the arrival of large numbers of immigrant Japanese,” Carter says. “The old SLO Japanese school out near Los Osos was where they originally practiced. Kendo was practiced in various locations up until about 10 years ago, when the final remnant were practicing in SLO and Lompoc. I believe there were a couple of locals and some of the USAF guys practicing until their Sensei passed away. Then they continued a little bit, traveling down to the SB Kendo dojo to practice until finally disbanding.” 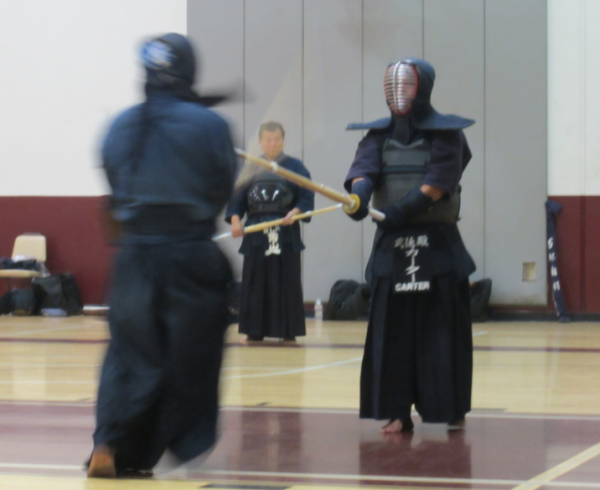 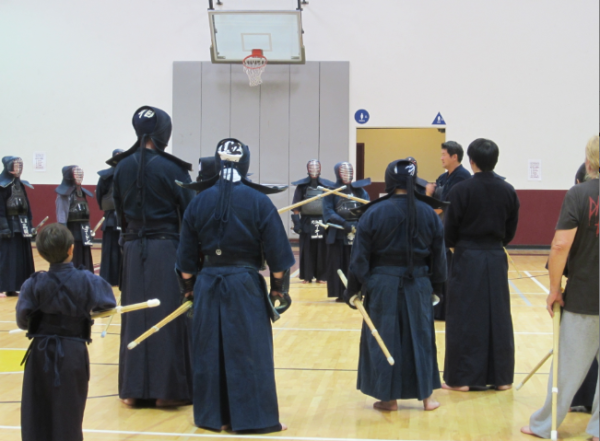