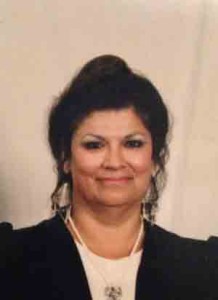 Mary Lou Jensen (Chaidez) passed away peacefully and was reunited with her parents Raymond and Beatrice Chaidez on Feb 4, 2014, at age 70. Mary Lou was born on Dec 7, 1943 in Paso Robles, Calif., and was the oldest of seven children.

Baptized as Concepcion or “Connie “, her dynamic personality could light up a room, her caring nature would comfort others, and her generous spirit drew people from all walks of life into hers. She graduated from Paso Robles High School where she met and later married David Afana. Moving to Napa Valley in 1964 they started a family, developed friendships, and started a business. In time she relocated to Provo Utah where she made a new life, and was later remarried to Gert Jensen.

Mary Lou’s favorite hobbies included writing music and singing, drawing, painting and gardening. She was enamored by early movies, movie stars and movie trivia. Most precious to her was the time that she shared loving and laughing with her husband, Gert, her six children and 17 grandchildren.

Mary Lou will be laid to rest on February 15, 2014 at the Tulocay Cemetary and Funeral Home. Words of sympathy may be shared with the family on-line at www.tulocaycemetery.org