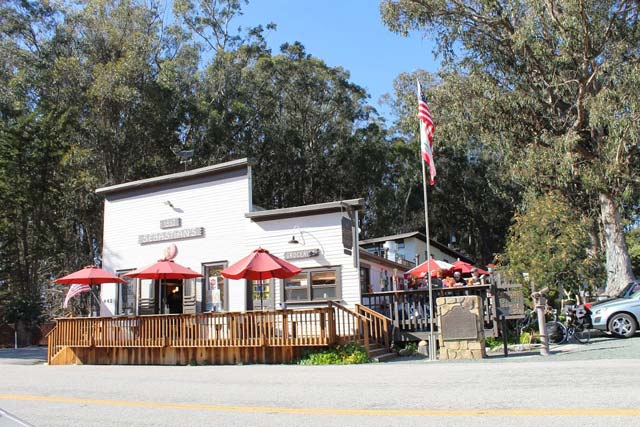 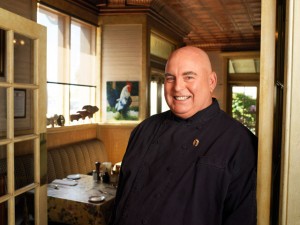 The casual, ocean-view burger, salad and sandwich eatery occupies half of the historic Sebastian’s General Store building that was built in 1852. Established in 1914, Sebastian’s General Store served whalers, fishermen, miners and neighboring ranchers. In 2008, the Hearst Corporation bought the historical edifice from the Sebastian family, which had owned it for 94 years, and continues to use the other half of the space for its Hearst Ranch Winery tasting room.

Former owners Brian and Abbey Lucas operated Sebastian’s Store and Deli from 2008 until July 2014. McPhee reopened the restaurant a week after finalizing the purchase, having begun to adjust the operation to his vision for the future of the business.

McPhee says he has simplified the deli’s menu and enhanced the kitchen layout to streamline service, and has also updated the menu with offerings that include signature hand-formed burgers made from grass-fed Hearst Ranch beef, sandwiches & assorted salads. Additionally, he and his wife, June, have opted to discontinue the “general store” aspect of the deli, removing packaged snack items and displays to make room for an expanded dining room.

The McPhees have also begun to upgrade the dining experience; they installed new outdoor umbrellas, new tables and chairs in the dining areas and redecorated the walls with framed historic photos of Hearst Castle and of W.R. Hearst’s famous estate collection of free-roaming, wild animals such as zebras which can still be seen on the property today. Further improvements and upgrades to the deli will be completed over time.

“When the Hearst Corporation approached us with the opportunity, we felt it was a great fit for us,” says McPhee. “I’ve been involved with burger shacks and sandwich shops in the past, and I’ve always been interested in finding a place where I could provide delicious, fresh food in a more casual setting. Sebastian’s provides all of that as well as a rich history in the community and a premier location near Hearst Castle that is walking distance to the beach. It’s a dream come true for us.”

Prior to opening his current McPhee’s Grill restaurant in Templeton and his previous Ian’s restaurant in Cambria, McPhee learned the ropes of the burger business by helping to open Main Street Grill in Cambria. As a teenager McPhee also worked at a fast food hamburger restaurant.

Operated in the same family-run tradition as McPhee’s Grill, Sebastian’s is managed with the help of McPhee’s daughter Holly and her husband, Trevor. His son Max continues to run the front of the house at McPhee’s Grill in Templeton.

Sebastian’s serves Hearst Ranch beef burgers, salads and sandwiches for lunch from 11:30 a.m. – 4:30 p.m., Tuesday through Sunday. The deli features ocean-view dining on the deck as well as indoor seating. Sebastian’s is housed in the historic Sebastian’s General Store building, which has operated in the village since 1873, when Leopold Frankl opened the trading post to sell supplies to whalers, miners, dairy farmers and those who transported products in or out by ship.