Paso Robles News|Friday, July 10, 2020
You are here: Home » Community » New arch over ‘Norma’s Way’ to be designed by Dale Evers 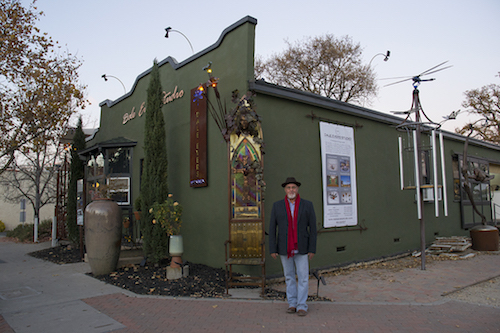 Local artist Dale Evers will raise the money himself to create the arch.

–The Paso Robles City Council approved a new arch over the Pine Street entrance to “Norma’s Alley.” Dale Evers is doing the artwork.

He says the arch may be the first in a series of similar arches in Paso Robles. He says the arch will include a rooster and a winged acorn. He says he is donating the winged acorn logo to the city, and he plans to use it in all the arches he creates. The council unanimously approved his arch.

The city will not pay for his artwork. Dale Evers will raise the money himself.

Evers says he hopes to get started in April on that new arch for Norma’s Alley at the Pine Street entrance.