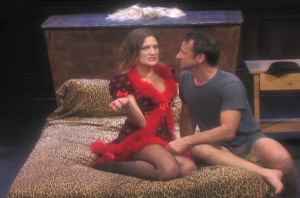 Auditions for  ‘It Had To Be You’ held at Via Vega Winery Dec. 9

Wine Country Theatre, a new theatre production company in Paso Robles, founded by Cynthia Anthony, is seeking an actor and an actress for the debut production of the romantic comedy It Had to Be You. The show will be presented at Via Vega Winery on Friday and Saturday evenings, opening February 14 – March 7, 2014.

The theatre’s first production is ‘It Had To Be You’ by Renee Taylor and Joseph Bologna.

Auditions will be held at Via Vega Winery, 2378 Adobe Rd. in Paso Robles at 6 p.m. on Monday, Dec. 9, with possible call backs on Wednesday, Dec. 11. All actors are asked to bring a recent photograph and theatrical resume. Actors will read from the script, which is available at the SLO library, Atascadero library and the Paso Robles library reference desks. Please be prepared to list any scheduling conflicts.

Rehearsals will begin this month, based on the availability of the cast, take a break for the holidays, and resume on January 6th. Show dates will be on: February 14th, 15th, 21st, 22nd, 28th and March 1st, 6th and 7th. All show times will be at 7:30 p.m. and will be performed at the Via Vega Winery.

Synopsis of ‘It Had To Be You’

‘It Had To Be You’ is a hilarious and delightful romantic comedy is about Theda Blau, a failed B-movie actress, health food nut, and would be playwright who wants to find love and success in New York. At an audition for a commercial she meets Vito Pignoli, a hugely successful TV commercial producer and director. After a romantic encounter Theda holds him hostage in her apartment on a cold and snowy evening. Despite their differences, and the fact that Vito thinks she’s crazy, the two are still drawn together. After some ‘persuasion’ Theda manages to convince him to be her partner both on and off the stage, and eventually love prevails.

Both roles require comedic timing, physical comedy and a “go for it” sensibility. Both characters are a bit kooky, but absolutely endearing.

Scene snippet from Edgemar Center for the Arts

Scene Bites – “It Had To Be You” [full scene] from Edgemar Center for the Arts on Vimeo.