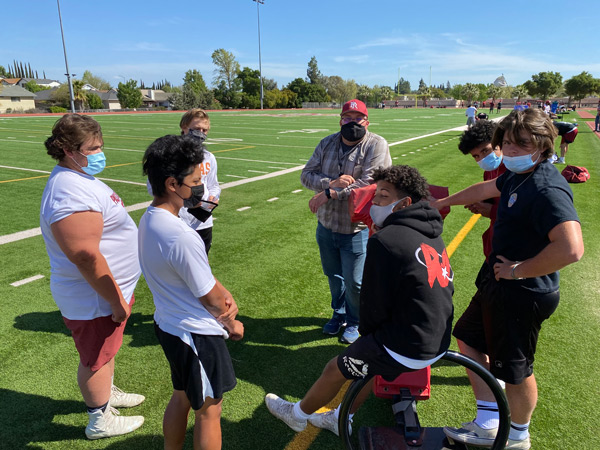 The coaches know each other. So do the players. Eagles Coach Don Crow says, “There are cousins and good friends playing each other. Whenever two teams this close to one another play each other, that’s going to happen.”

According to a retired coach at Paso Robles High School, the Bearcats won both games the teams played against one another in 1924. 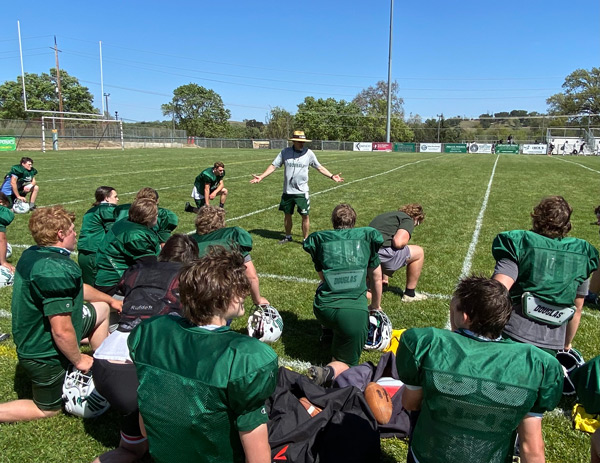 On Thursday, the Lady Bearcats traveled to Atascadero to play in the Mountain league semi-final game. As usual, the Bearcats and Greyhounds provided lots of drama. The game opened up with Ataascaderon scoring the first goal on a six on five advantage with Annika Pauschek scoring the goal. At the 1:41 mark of the 1st quarter, Atascadero earned another six on five advantage with Makayla Power adding the second goal for the Greyhounds ending the 1st quarter with a two to zero lead for the Greyhounds. In the second quarter only one goal was scored in a defensive battle. The Greyhounds Makayla Power added another goal off a Paso penalty. At the half, Atascadero led three to zero. In the 3rd quarter, Atascadero opened the quarter with a score from Delaney Rice adding to their lead to four to zero. At the 5:12 mark of the 3rd period, Paso’s Allison Hernadez scored the Bearcats’ first goal of the game bringing the score four to one. Milan Richmann and Leanna Reed added goals but Atascadero was able to add two more goals to end the 3rd period six to three.

The 4th period found the Bearcat’s offense waking up as Zoey Bilxler scored at the 3:42 mark to bring Paso to within two goals. At the 2:19 mark, Leanna Reed added a goal to bring the Bearcats to within one goal. As the Bearcat defense became more intense Leanna Reed was able to get a counter attack pass and score to tie the game at six at the 1:37 mark of the 4th. After a strong offensive possession by the Greyhounds, the Bearcats goalie Kaitlyn Hebrard made a great save to help set up a Bearcat counter-attack. The ball found its way to an open Allison Hernandez and she wasted no time at putting the ball into the Greyhounds goal at the 1:02 mark of the 4th. The Greyhound’s next possession came up empty and the Bearcats were able to maintain control of the ball until the: 12 mark of the game. Atascadero called a time out to set up a tying goal attempt. The Bearcats were able to sustain good defensive pressure on Atascadero’s scorers and block the final shot attempt of the game. Paso came from behind in the final three minutes to win the game. In the game Allison Hernandez scored two, Leanna Reed scored three Milan Richmann scored one and Zoey Bixler scored one. Kaitlyn Hebrard again kept the Bearcats close and was able to shut out the Greyhounds in the 4th quarter. Kaitlyn had a total of 17 saves in the game with six of those saves in the 4th.

The Lady Bearcats will play in the Mountain League final game vs Arroyo Grande on Saturday the 17th at 11:30 The game is scheduled to play at Nipomo High School with a possible change to Arroyo Grande High School if their pool clears final inspection.

PRHS Girls Varsity Basketball lost to Bakersfield Christian 55-44 on Thursday. The leading score for the Bearcats was Hailey Abel 11 points and Xena Stanko with 10 points. The next scheduled game will be held at home vs. Atascadero Greyhounds on April 22, 2021 at 6 p.m. at Gil Asa Gym.