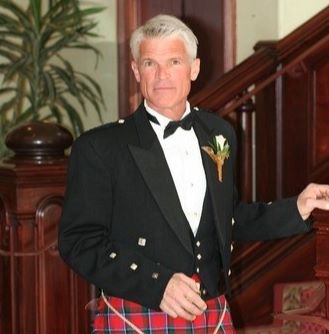 – Sinclaire “Zorn” Whitman Blythe, of Paso Robles, passed away unexpectedly on the afternoon of July 2, 2022. He died at the home he helped build on the ranch he’d known and loved since he was a boy.

Zorn is survived by his wife, Anne; his daughters, Megan (Christopher) and Caitlin (Amit); his four grandchildren, Gavin (14), Hanna (9), Lena (3), and Zora (1); his parents, Hy and Hellie; his siblings, Leslie and Gus; his sister-in-law, Caroline; his nieces and nephew, Addie, Devon, Ty, and Hayden; and an extended family of aunts, uncles, cousins, in-laws, and friends. He was preceded in death by his brother Alex and brother-in-law Hugh.

Born in Cleveland, Ohio, in 1953, Zorn moved with his family to California in 1956, settling in Paso Robles by 1960. Zorn finished high school at Paso Robles High (he liked to joke that the only reason they let him graduate was he kept his favorite teachers’ cars running and the school typewriters in mint condition). Zorn attended some college at Sul Ross State University in Texas and more at California Polytechnic State University, San Luis Obispo. Zorn emerged from youth an athlete-he was an adept swimmer, snow skier, water skier, angler, and marksman. The two things he fell into next-mechanics and aviation-would be life-long pursuits.

On mechanics, Zorn was a natural. It was a language he spoke without needing to learn. From tinkering on lawn mowers to wiring his 1967 Buick to start with the push of a button and no keys, Zorn showed an early aptitude for the subject. College and Sul Ross in particular helped shape aptitude into a career. Back in California, Zorn got his start at Pioneer Auto Parts in Paso Robles. Soon after, he ventured out on his own and founded SWB Machine. Zorn worked on just about everything in the early days, from tractor engines to water well pumps to race car engines, and then race boat engines, and then race airplane engines. A highlight includes his role as an engine builder for the Formula One phenom, the Sharp DR 90 Nemesis air racing plane, which set 16 world speed records and was donated to the National Air and Space Museum (which has referred to the plane as the most successful aircraft in air racing history). There wasn’t an engine Zorn couldn’t make faster, better, and more efficient and he poured his energy into doing exactly that.

That Zorn devoted much of his working life to airplane engines was no coincidence. Aviation was in his blood. Zorn learned to fly as a young man and never stopped. Even if they looked modest on the outside, you could recognize his planes by the sound-the roar and the crack of a powerful engine flying low in the sky, buzzing over the homes of his family and friends. “Oh, there’s Zorn!” Anne and his daughters would shout, and run outside to stare up into the sky and wave (he was known to wave back with the wings of his plane).

That brings us to Anne. Zorn met Anne in the winter of 1980. The spark was undeniable. They were married in June 1981. Megan, Caitlin, and Merlin (the family dog) came rapidly thereafter. There was nothing Zorn would not do for Anne and his daughters. He was a champion, a sounding board, an ally. Zorn’s particular brand of fatherhood was not exactly off the shelf (nothing was, for Zorn), but it worked. He was steady, inclusive, generous, and sometimes startlingly candid. For decades, he put together (mostly edible) breakfasts, school lunches, and ice cream runs. He was known to scribble limericks on the outside of the girls’ lunch bags, often from the voice of the family cat. Day after day, year after year, he showed up.

Now, if it feels like there should be more to his story, we agree. We’ve lost him far too soon. But, as with everything, Zorn had his own way of doing things and his own sense of timing. We will miss him desperately. We know you will, too. Because, just as Zorn was “all in” as a husband, father, pilot, mechanical whiz, etc., he was a completely devoted friend.

To all those who loved Zorn, we ask you this. Think of Zorn, talk about him, remember him when you see a good fireworks show or a perfect cannonball dive, or when you hear the roar and the crack of a low flying plane. We know he’s out there, thinking of and standing with the ones he loved most.

An intimate celebration of life will be held in due time. In lieu of flowers, please consider a contribution to The Community Foundation San Luis Obispo County in Zorn’s name to help fund a scholarship for those who dream of a career in aviation. Aviation was Zorn’s passion and he always made time to help others who were just getting their start. We know he would want to continue that effort. Please visit www.cfsloco.org or mail your gift to 550 Dana Street, San Luis Obispo, CA 93401 (be sure to reference the name Zorn Blythe with your donation).