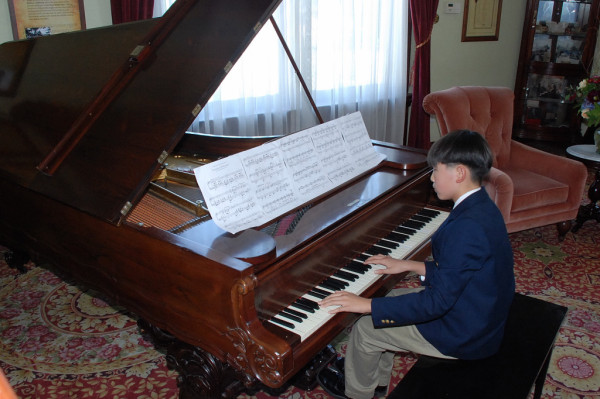 Daniel Ha plays the first notes on the Weber piano in the Paso Robles Inn Ballroom. 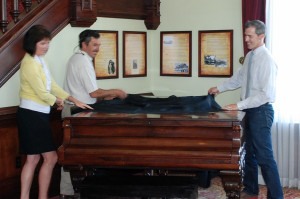 From left are Noreen Martin, CEO of Martin Resorts which operates the Paso Robles Inn, Steve Cass of Cass Winery and president of the Paderewski Festival, and Joel Peterson, past president.

“Through our relationships with the Polish Government and other international Paderewski groups, we were able to secure the Weber piano that Paderewski actually owned and played over 100 years ago,” says Joel Peterson, a member of the Paderewski Festival Board of Directors. “We’re honored that the Paderewski Heritage donated this beautiful piece of history. We can’t think of a better place for it than in Paso Robles.”

The hand-carved rosewood Weber grand piano was built in 1881 and purchased in 1905 by Paderewski for one of his concert tours in North America. His first introduction to the Paso Robles Inn was the healing mineral waters for his ailing hands, and he became a frequent visitor for 30 years, even though he owned a home and vineyards in the area.

Festival organizers held a ceremony Thursday afternoon at the Paso Robles Inn to celebrate the arrival of the Weber piano. The ceremony was led by festival president Steve Cass and Noreen Martin, owner of the Paso Robles Inn. After a speech about the piano and its history, an audience was treated to a short performance by the two winners of last year’s Paderewski Youth Piano Competition: Jack Raventos and Daniel Ha, both 13-years-old. They had just returned from Poland.

The two were chosen to travel to Poland on the Cultural Exchange Program. While there, they were joined by two young pianists from Tarnow and two from the Ukraine. The students, linked by Paderewski’s personal history, presented a concert to an overflowing audience at the pianist’s former manor country residence, on June 29, 2013, commemorating the seventy-second anniversary of Paderewski’s death. 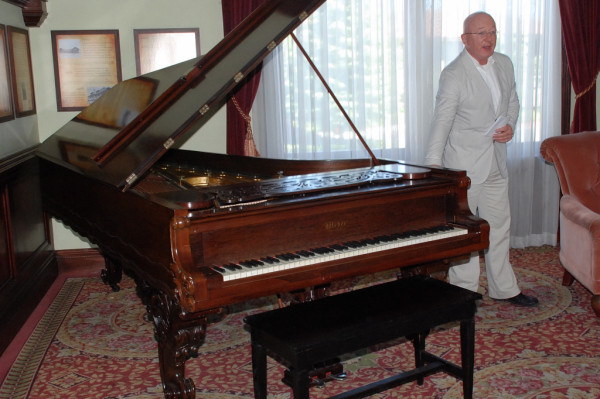 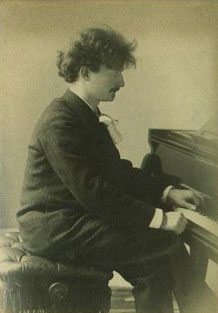 Ignacy Jan Paderewski (1860–1941), a virtuoso pianist, composer, politician (the first Prime Minister of independent Poland after World War I), humanitarian and orator, was universally acclaimed as a “Modern Immortal” by his contemporaries. His charismatic personality and popular appeal made him one of the most cherished figures of the 20th century. Although his bold political vision for a multi-ethnic and multi-cultural United States of Poland was never realized, his musical legacy continues to inspire generations of musicians all around the world.

Paso Robles is justly proud of its most famous resident, Paderewski, who visited this Central California spa on many occasions between the years 1914 and 1939. He stayed at the El Paso Hotel (now the Paso Robles Inn), and took cures in Paso’s hot springs and, shortly after his arrival, also became an owner of two large ranches, Rancho San Ignacio and Rancho Santa Helena.

He first purchased land in the area in February of 1914, eventually amassing a parcel of land encompassing three miles from east to west and four miles north to south, covering an impressive total of 2864 acres. On his land Paderewski planted Zinfandel wine grapes, almonds, and a variety of fruit trees. His farming methods and keen interest in wine making transformed the Central Coast agriculture. In addition to his musical and political accomplishments, he also is remembered as a pioneer of vine cultivation in California. Wishing to enlarge his holdings and hoping to strike it rich through oil-drilling, Paderewski bought 2,626 acres of ranchland near Santa Maria in September 1917. Although several geological explorations and test drillings were carried out, oil was never discovered on his Santa Maria property, and the land was eventually sold in November 1933.