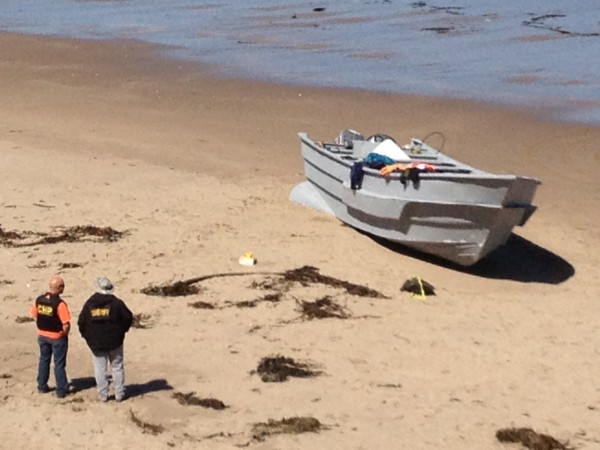 Photo of a panga boat seized by authorities in Los Osos in May 2013.

At about 9:30 a.m. on Sunday, July 14, 2013, the Sheriff’s Office was notified of a boat beached in a remote cove north of Piedras Blancas Lighthouse. Deputies, assisted by State Park Rangers, located an abandoned panga type boat with evidence indicating some sort of cargo had been hand carried away from the beach. This boat is similar to the other panga boats recovered along the central coast. Detectives are continuing to investigate with the assistance of State Park Rangers and the U.S. Coast Guard.

Panga boats are frequently used to transport marijuana and other drugs, but none were present or recovered. The location of the panga boat was in the same area as several previous ones discovered in San Simeon.