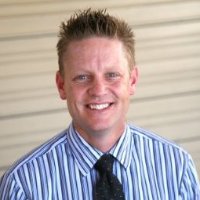 Local newspaper publisher Jeremy Burke has moved on from the Paso Robles Press to take a position as CEO of the newspaper division at Gold Country Media, the Auburn Journal reported this week.

Burke will oversee Gold Country Media’s newspaper group including the Auburn Journal and its sister publications in Placer County and across the region. The papers have a reach of more than 85,000 households.

Burke worked for News Media Corp., the owner of the Paso Robles Press, for about 10 years. During his tenure he served as publisher of the Paso Press and Atascadero News since 2012, when former publisher Jason Cross left for the Merced Sun-Star. Burke also ran operations at the Watsonville Register-Pajaronian, King City Rustler, Greenfield News, Soledad Bee, Gonzales Tribune and Newport News-Times. He was a board member of the Paso Robles Chamber of Commerce.

Gold Country Media is publisher of community newspapers, websites, magazines and shoppers in California’s Gold Country, stretching from the Interstate 80 corridor in Placer County to the Highway 50 corridor in Sacramento and El Dorado counties. The company is a division of Brehm Communications, Inc. in San Diego.

The Paso Robles Press announced this week its new publisher is John Bartlett. Bartlett began his newspaper career at the Register-Pajaronian 16 years ago. Since then, he has served as publisher of the Siuslaw News in Florence, Ore.