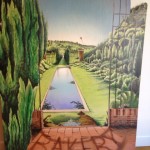 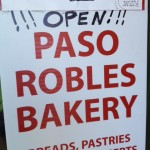 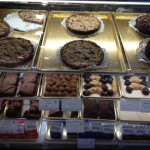 When baker David Morris died in April, manager Sandy Luong took over the Paso Robles Bakery on Park St. but it didn’t last long. On May 31, 2013 the bakery closed its doors after a short 5-month run.

“Problems with his estate have meant that we are unable to sustain the business and move forward,” a note posted on the door reads. “Thank you for all the support and encouragement you have given us and for welcoming us into the downtown area.” 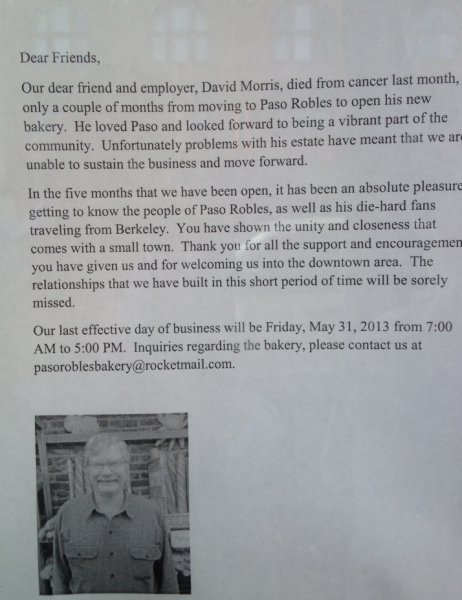 Chowhound.com reports:
David Morris, longtime Berkeley resident and founder of The Bread Garden bakery of Berkeley, has passed away at his new home in Paso Robles, CA.

Two years ago, David decided to relocate and purchased a store front in the old downtown district of Paso Robles in the heart of northern San Luis Obispo County wine country. After securing the building, it was discovered to have been the home of Paso Robles’ original bakery. David brought some of his longtime staff to Paso with him and had been open for business since last fall. His bakery passes to longtime manager Sandy Luong, who will continue to operate the Paso Robles Bakery.

David was a kind man of many interests and was a dedicated baker. Long before Continental style bakeries became the rage, this poster remembers being treated to David’s “real bread” baked in a full size antique woodburning kitchen range. He realized his dream of sharing his breads with a wider audience through hard work and ingenuity, and passed on his love of good bread to many at home and around the world.

David Morris, 65, passed on Wednesday, April 3, 2013, at his new home in Paso Robles. David founded the famed Bread Garden Bakery in Berkeley, Calif., in 1973. His bakery was one of the first to introduce hand-made traditional French baguettes, croissants, and Provencal breads to the American public. In many ways, he was a modern renaissance man.

He was a prize winning beer and wine maker, urban farmer and bee keeper. He taught urban chicken farming, and was an Aikido Black Belt and assistant teacher at the Berkeley Aikido School. David had just opened his new Paso Robles Bakery, where he planned on introducing his traditional French baking to the Central Coast, and had began to train his new staff when he was diagnosed with cancer.

David is survived by his brother, Glenn of Simi Valley, Calif.; and mother, Sybel of Thousand Oaks, Calif. An inveterate bachelor, David will also be missed by many friends, and colleagues from around the world. He has bequeathed his new bakery to his former bakery manager, Sandy Luong, who is bringing in former employees from the Bread Garden and intends on bringing to Paso Robles the quality and style of baking that made David famous. Source: Legacy.com